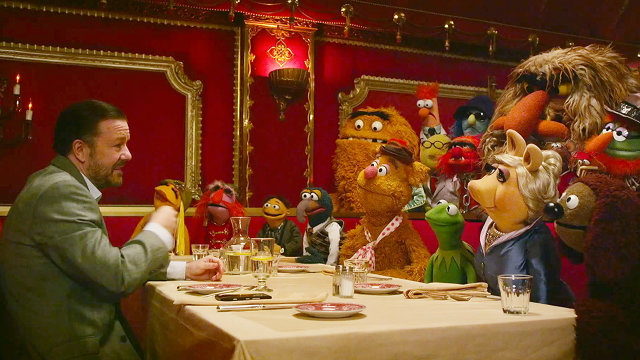 It’s very difficult to find a sequel that’s as good as the original. There aren’t a lot out there that are great sequels, but when they do come along, they are remembered forever. And maybe what worked so well for the first Muppet film that starred Jason Segel and Amy Adams is that it had a human element to it, and didn’t just follow the Muppets around. That’s not to say that this sequel ‘Muppets: Most Wanted‘ isn’t a lot of fun and very entertaining. It is, but it doesn’t have that magic that the last one had.

Instead, we get a true to Muppet form movie as our favorite creatures set out on a multi continent tour full of shows, burglaries, and jewel heists. A theme that has been done before with the Muppets. But at least the Muppets are self aware that sequels are never quite as good as the original as they sing in their opening song called ‘We’re Doing A Sequel’. But this sequel is not all fun and games at all, as we start out exactly where we left off on the first film right outside the theater in Los Angeles, where the Muppets have dinner with a high-powered manager named Dominic Badguy (Ricky Gervais), who encourages them to go on a world tour with their show. 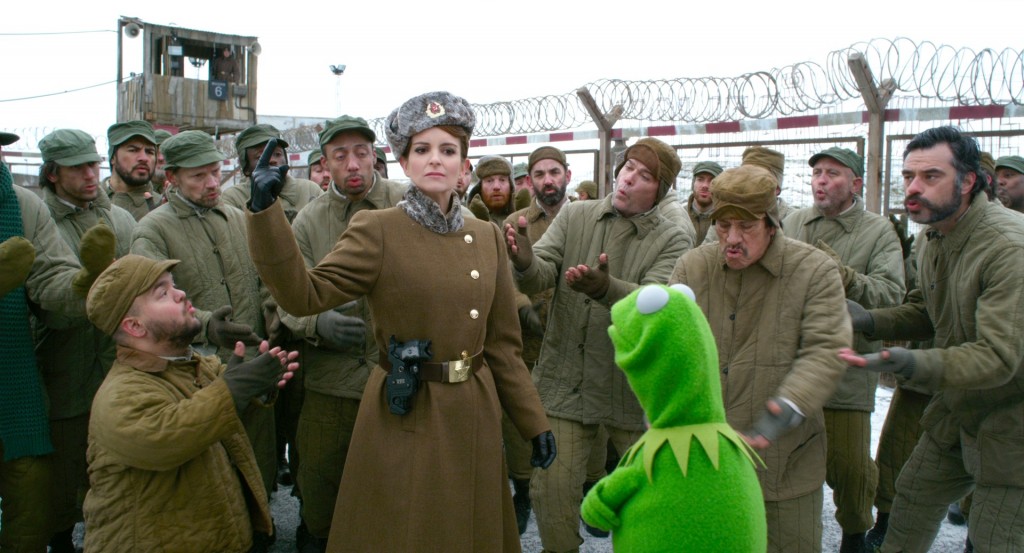 Little do the Muppets know that Dominic is an actual bad guy who is planning on robbing priceless works of art and jewels from each place the Muppets play at in hopes of taking over the world as the planet’s number one criminal. But he can’t do it alone. He needs the help of Constantine, the world’s most dangerous frog, who is a Russian ninja complete with an accent and mole and looks exactly like Kermit. It’s funny, because in light of recent events in the actual news, this Russian bad frog is quite a coincidence. Once Constantine breaks out of a Siberian prison run by Nadya (Tina Fey), he switches places with Kermit, as Kermit is transferred back to the Siberian prison full of bad guys.

While Constantine and Badguy are robbing art galleries and banks, Kermit is trying to survive prison life, but luckily for him, Nadya loves musical theatre and wants to put on a great performance for the annual prison talent show. And Kermit is just the frog to make it happen. Meanwhile, it seems nobody realizes that Constantine is actually Constantine, but rather Kermit with a col, due to his thick Russian accent. He even woos Miss Piggy into marriage within 48 hours which is to take place in London, the same place he plans to rob a precious piece of history and blow everyone up after the job is done. Even new guy Walter doesn’t see through Constantine at first. 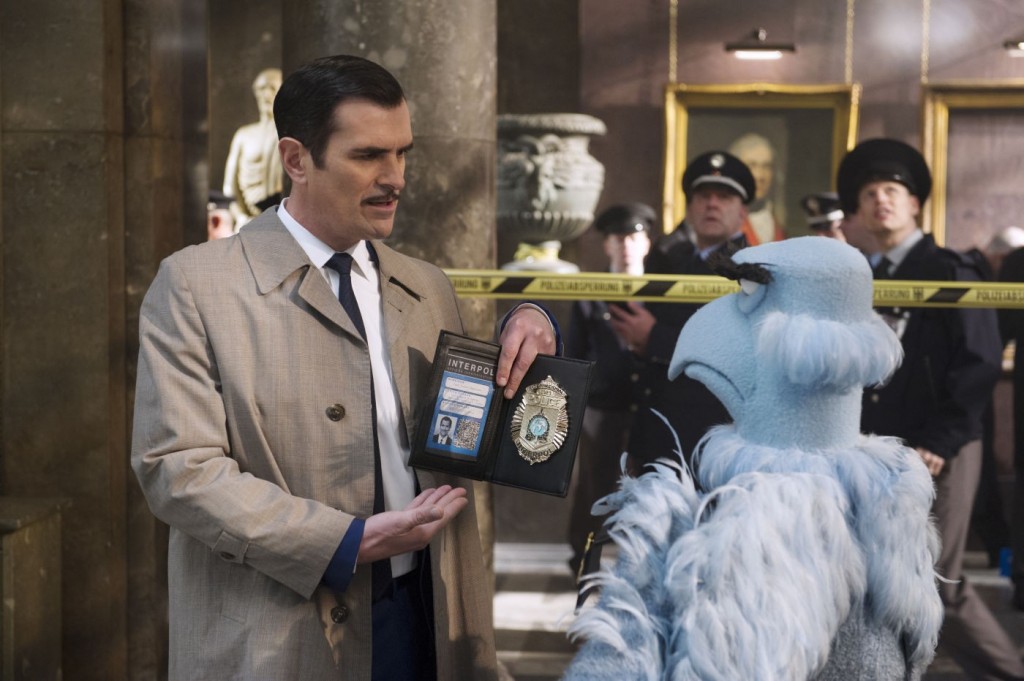 Instead Animal is the only one who knows the real Kermit. Ty Burrell plays a version of Inspector Clouseau, searching for clues to the serial robberies, which gets several laughs. There are several references to other films such as ‘The Sound of Music‘, a full number from the play ‘A Chorus Line‘, and even ‘The Seventh Seal‘. And the music by ‘The Flight of the Conchords‘ this time around isn’t as great as the first one, but it does have some good moments with some catchy tunes. In fact, there is one number that is sure to get big applause from older fans. And returning director James Bobin along with his co-writer Nicholas Stoller must be big fans of Mel Brooks, because there are some silly scenes that play during the film similar to something Mel Brooks would have done including a bunch of rough and tough prison inmates who break out into song and dance Broadway style.

The lights are not out on the Muppets by any means. There are plenty of laughs for all ages and some fun over-the-top performances. And the cameos keep coming including Celine Dion, Christoph Waltz, Ray Liotta, Danny Trejo, Frank Langella, Salma Hayak, Tom Hiddleston, Puff Daddy, Chloe Grace Moretz, and Zach Galifianakis to name a few. ‘Muppets: Most Wanted’ is quite fun, but I don’t think it has a replay factor like the last one did.