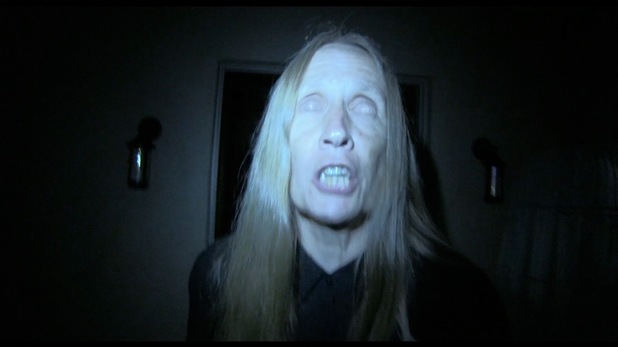 One of the first releases of 2014 is the next installment in the ‘Paranormal Activity‘ franchise, with ‘Paranormal Activity: The Marked Ones‘. Don’t confuse this one as the fifth film in the franchise as this is more of an off-shoot of the film series, but exists in the same world as the previous films. This fright fest or lack there of has gone a different route and will cater to the latino audience more than the other films did, due to a dominant latino cast. Director Christopher Landon, who wrote the last three ‘Paranormal’ films takes this chapter in a different direction with tone and style. I have no doubt this small budget film will make its money back times ten.

‘The Marked Ones’ is definitely the funniest of the ‘Paranormal’ films, as we follow a couple of friends in an apartment complex in Oxnard, California. Of course, one has a video camera and films everything that he and his friend do on a day to day basis. The two 18 year olds pull pranks on each other and enjoy being with their family and friends. When the old lady downstairs is murdered, the teens try to investigate what happened to which one of the guys is bitten on the arm by a strange force.

Following the bite, strange things start to happen and we get a little homage to the found footage superhero film ‘Chronicle‘, as the bitten teenager starts to develop unusual skills like floating in mid-air, super strength, and being able to blow up a large air mattress in two seconds flat with his own breath. It’s quite comical as the these two friends think they have discovered something very cool, but how very wrong they are. Soon the family dog is barking and scare of him and the old 80s memory game ‘Simon’ starts to act like a vessel to communicate with a demonic force. 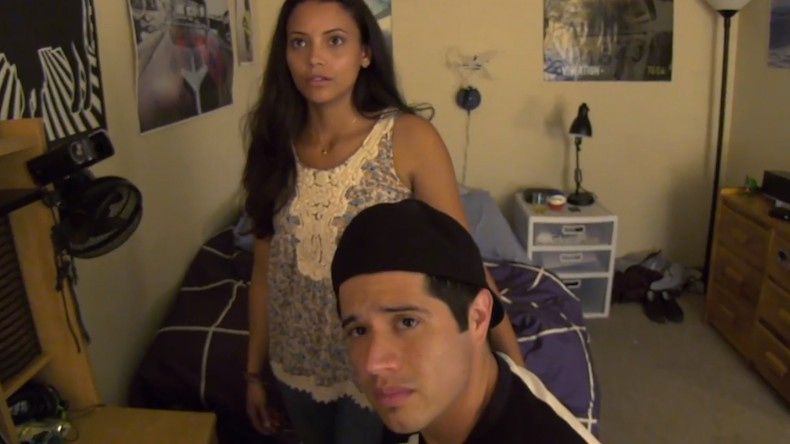 Several creepy scenes later, and we are treading the same water that we have in the previous films, and we can only yell at the screen to tell these characters, “Drop the camera and don’t go in that dark room again!” But then we wouldn’t have a film, would we? It was very enjoyable to see a couple of gang members take a shotgun to this ‘Paranormal Activity‘ as well as some of the camera effects that were used to create some of the creepier moments. And it was a real treat to see how this was tied into some of the previous films with some great cameos.

‘Paranormal Activity: The Marked Ones‘ isn’t the scariest of the franchise, but is a fresh enough off-shoot of the franchise to keep people watching, and it serves as a decent appetizer until we get to the main course with the upcoming fifth installment.