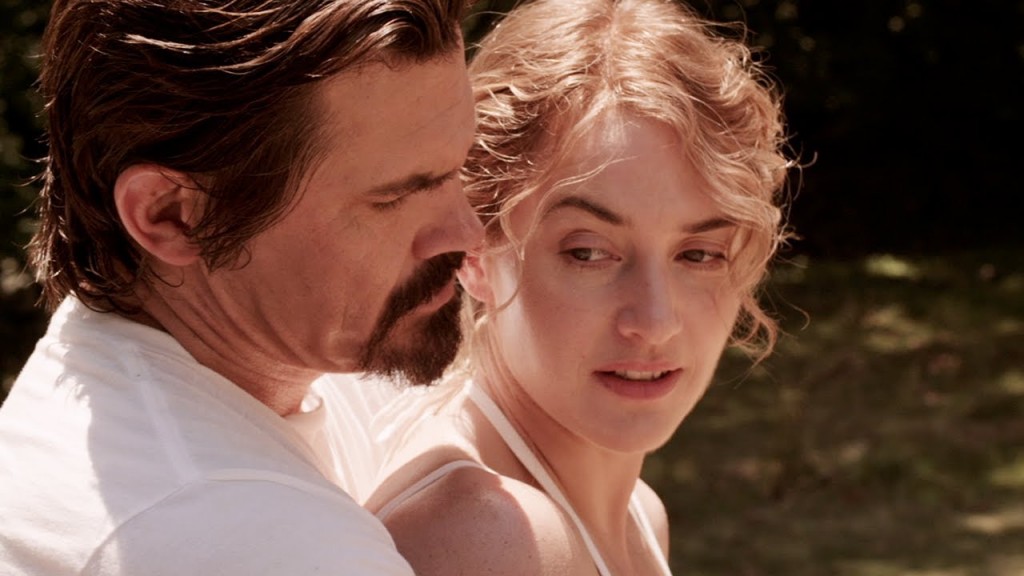 Jason Reitman, well known for modern classics such as “Juno” and “Up in the Air” takes a drastic turn with his newest film, “Labor Day.”  Though Reitman usually hits us with his own special blend of comedy and misery that is somehow equally lighthearted and cynical, you can expect none of that here.

If there is one theme that Reitman does know, it’s troubled characters, and that is definitely not lacking from Labor Day.  A charming ex con (Josh Brolin), a depressed single mom (Kate Winslet), and a the quintessential coming of age young teen (Gattlin Griffith) quickly find themselves in nothing short of full blown Stockholm Syndrome.

Brolin seems to emulate a Kris Kristofferson persona from the get go.  A Highway Man, but he’s that one cowboy convict with a heart of gold.  He maintains an honest sympathy while being able to quickly bring incredibly tense moments to the screen.  Winslet reprises her saddest characters (see “Revolutionary Road” and “Little Children“) and turns the dial up to “i’m literally about to jump off a bridge.”  And the young Griffith does great as a child stuck in a crazy situation while having his life narrated Wonder Years style by Tobey Maguire.

Yes, the film sounds like too much for its own good, and maybe it is, but its a hell of a ride.  The story is textbook Stockholm, and these characters are as unrealistic as you can get, but the interplay between them is brilliant.  You’ll find yourself feeling like you are just as trapped as the characters and you’ll be rooting for the impossible.

The direction is rock solid as well.  Reitman knows how to bring the best out of each of his collaborators, and he’s fortunate to have a cast that brings a lot to the table.  The cinematography is beautiful, and each scene really does feel like a memory.  I found myself captivated from beginning to end, regardless of how unrealistic the final product may be.