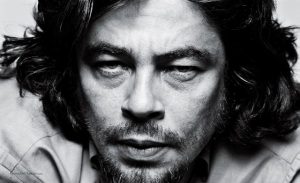 Good news, everyone. Benicio Del Toro is gonna flip people for real in the upcoming ‘Guardians of the Galaxy’ film from Marvel Studios. Director James Gunn and the studio are keeping things tightly under wraps as far as his role goes, but his character is being built for future Marvel movies.  Yes, that means he might be in the upcoming ‘Avengers 2‘ film.

Del Toro joins Chris Pratt, Zoe Saldana, Glenn Close, Lee Pace, Michael Rooker, and John C. Reilly in the film. Now, I don’t want to start a crazy internet rumor, but the evidence is on the wall. I think Benicio has just been cast as Thanos, the villain that was teased at the end of ‘The Avengers‘ movie. First off, they aren’t saying who Del Toro is playing, which is strange, since we know who everyone else is playing thus far. Secondly, all of the good guys have been cast, however, a main villain hasn’t. Thirdly, the big multi film contract for Del Toro has been made. All signs point to Thanos. 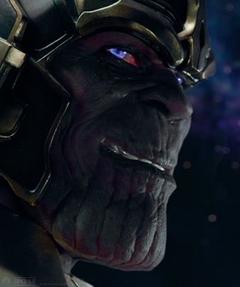 This could be AMAZING.