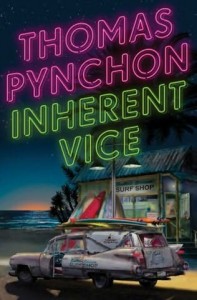 Benicio Del Toro is now deciding if he wants to join Joaquin Phoenix in Warner Bros. new film, “Inherent Vice”.  Paul Thomas Anderson is the writer-director of this gem that he has adapted from Thomas Pynchon’s crime novel. The film will be set during the spring of 1970 and will follow a reefer loving detective Doc Sportello (Phoenix) as he investigates a kidnapping.  Del Toro’s character will be an attorney who always comes to the aid of Sportello, but it will not be a major role. This role will could be meaty enough to steal some of Phoenix’s thunder. If anyone could do it, Del Toro can.

Ghoulardi Film Co. is producing this film and Anderson is getting some help from JoAnne Sellar, Daniel Lupi and John Lesher. This project will be Del Toro’s first time to work with Anderson. The “Traffic” star has just recently co-starred with in Oliver Stone’s “Savages” and will be opposite Mathieu Amalric and the Cannes drama “Jimmy P”. Anderson has proved time and time again that he can make films in different genres and different time periods, and they can all be award worthy. His last film ‘The Master‘ was amazing, but so was ‘There Will Be Blood‘ and ‘Boogie Nights‘.