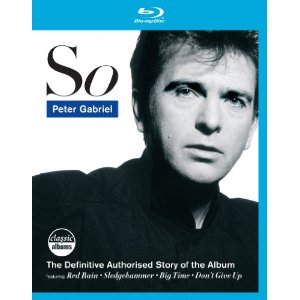 There aren’t many musicians or performers left these days that can be considered true artists of their craft, not just musicians, and Peter Gabriel is a true artist, as is quite evident in this definitive authorized making-of Classic Albums documentary of Gabriel’s seminal 1980s album, “So.”

This latest addition to the award-winning Classic Albums series takes an informative and in-depth look at Peter Gabriel’s 1986 masterpiece “So,” his fifth solo album spawning several number one hits in both the US and the UK, such as “Sledgehammer”, “In Your Eyes”, “Big Time”, “Don’t Give Up” and “Red Rain.”

Gabriel, along with co-producer Daniel Lanois, engineer Kevin Killen and fellow musicians Tony Levin, Jerry Marotta, Laurie Anderson, Manu Katché, all share their interesting stories and perspectives about the production and recording of the album, and some of the events that inspired and contributed to the songs that were written. Being that I was still very much a kid in 1986-87 and had no concept of album production, it was interesting to learn about how much work actually went into the album, the crafting and structuring of each track component of each song, and the obstacles and challenges Gabriel and the other musicians faced working together, many working together for the first time.

For anyone who was alive during the hey day of 1980s MTV will obviously remember “Sledgehammer” dominating the airwaves. As a bonus feature, this documentary also includes a behind-the-scenes in the making of the groundbreaking and award-winning video, detailing step-by-step the amount of time, work and artistry that went into the film, which today, still stands out as a classic in its own right. This part of the film is worth it by itself. 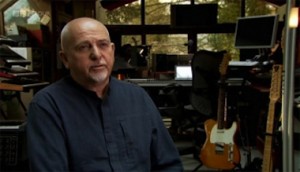 The video quality is pretty good, as it is 1880I high definition widescreen 16×9 (1.78:1), naturally…at least you hope so for a blu-ray. Colors appear normal and not washed out or over-saturated, even with the limited filming capabilities the “Sledgehammer” and live cuts offered, which isn’t really necessary for a documentary such as this.

As for audio, the documentary sounds very clear and direct in its LPCM Stereo configuration, though since there isn’t much in the way of complete songs to listen to in the film (this isn’t a collection of music videos, after all) it’s not really necessary to have the latest and greatest audio sampling rate here. At the very least, the audio os sharp and clear enough to hear all the unique bits and pieces that make up each discussed track on the album.

As I mentioned before, the making of ‘Sledgehammer’ bit is really fascinating and worth the purchase of the documentary alone. There is also an additional 35 minutes of footage that wasn’t originally released in the original broadcast, featuring bits about “Big Time” and the International Amnesty tours, bringing the running total of the film to approximately 94 minutes.

All the producers involved in the film hit the mark with their thorough job in showcasing why “So” was, is and remains such a classic album. Recommended!