TNT is Developing a Buddy Cop Series from the Mind of Jamie Foxx!!! 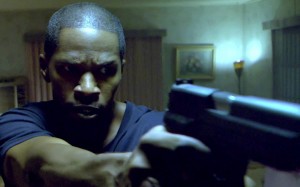 TNT is developing a new buddy cop action drama series titled ‘Hit‘ (High Impact Team), which was the idea of actor Jamie Foxx.  Hit follows two former high school football teammates who are also best friends. One was the QB and the other was a Wide Receiver. After high school they are drafted in to the Miami P.D. and taken in by HIT, which is the elite team in charge of dealing with the nastiest of criminals.

Man, I hope the first episode showcases these two guys taking down a major criminal by running a football play and hail mary type situation.  It might just be that bad.  Foxx co-wrote the script with Robert Port, the former ‘Numbers‘ executive producer.  Let’s also note that both Foxx and Port are Oscar winners.  Foxx for his role as Ray Charles in ‘Ray‘ and Port for his documentary ‘Twin Towers‘ according to Deadline.

Foxx is a busy man now, as we hear he officially signed on as the villain for the sequel to ‘Amazing Spider-Man‘.  Now word on if Foxx will cameo or star in ‘Hit‘, but my guess is he won’t.  He’s too big time now.  Although he will be a producer for the show.

I don’t think I watch a single show on TNT, but that may change.  Your thoughts?