Check Out the ‘Star Trek Into Darkness’ Poster!!! 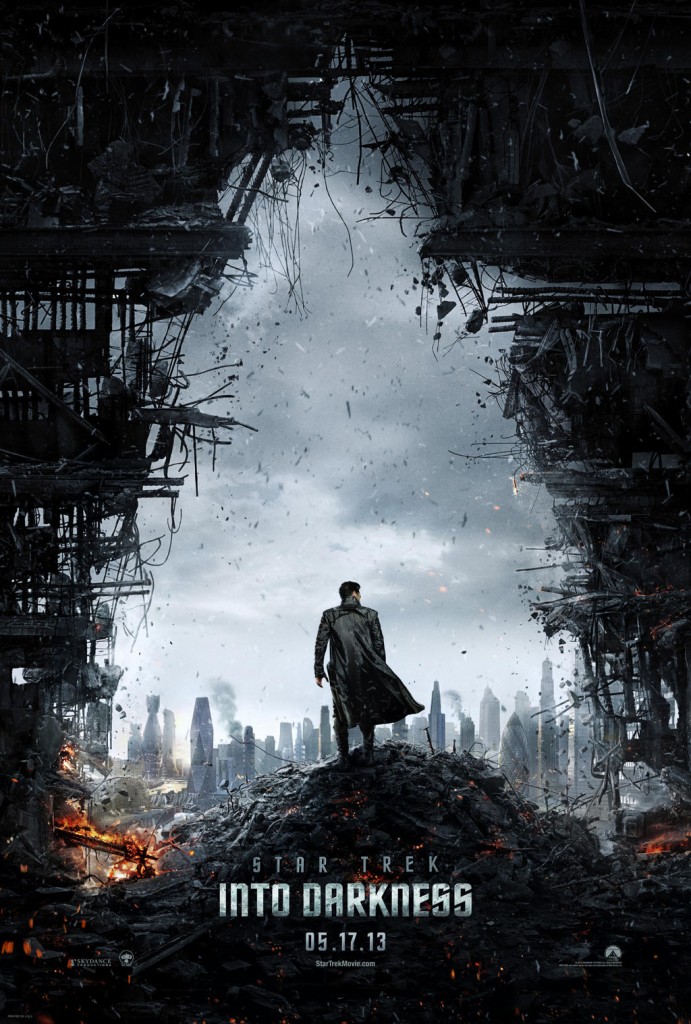 I really can’t wait to see this.  I’ve been a long time fan of ‘Star Trek’ and f friends asked my that age old question, “Star Wars or Star Trek?”, my answer was 10/10 ‘Star Trek’.  As we previously reported, the first several minutes of ‘Star Trek Into Darkness’ will be shown in front of ‘The Hobbit’ film, which my review will be posted shortly.  Anyway, on to the poster.  I really do like this poster, and tons of people are saying it is eerily similar to ‘The Dark Knight Rises’ poster, which I can see, but I think this one is tons better.  I do hope at one point that we get the Enterprise on the poster, but this is a good one.

When the crew of the Enterprise is called back home, they find an unstoppable force of terror from within their own organization has detonated the fleet and everything it stands for, leaving our world in a state of crisis.

With a personal score to settle, Captain Kirk leads a manhunt to a war-zone world to capture a one man weapon of mass destruction.

As our heroes are propelled into an epic chess game of life and death, love will be challenged, friendships will be torn apart, and sacrifices must be made for the only family Kirk has left: his crew.