The Wachowskis and J. Michael Straczynski Are Developing A Television Series!!! 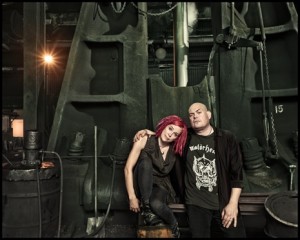 The directors of ‘The Matrix’ trilogy, ‘Speed Racer’, and the upcoming ‘Cloud Atlas’ are jumping into the television scene with J. Michael Straczynski to develop a project called ‘Sense8’.  The project is gearing to be a hourlong series with the hopes of some network picking it up for multiple episodes.

We hear that the Wachowski have been working on ‘Sense8’ for quite a while and have even written three different scripts for the series.  Sad thing is, that nothing is known about this project yet, according to Variety.  Everything has been kept under wraps for the time being.  Straczynski created the sci-fi series ‘Babylon 5’, and has written comics and the movie ‘Thor’.  So he is no stranger to proper programming and good writing.

The plan is for Straczynski and the Wachowskis to all be showrunners for the series, with the Wachowskis to even direct several of the episodes, if their busy schedule permits.  I can only guess what this could revolve around.  Producer Mark Rosen said, “This project is near and dear to the Wachowskis and Straczynski’s heart. I’m so excited and honored that they felt comfortable bringing this to me.  This is the kind of project that our company was set up to produce — an idea so big in size and scale that it doesn’t make sense to try it as a pilot. The only way to let the filmmakers realize their vision on something like this is to do multiple episodes.”

So I expect big things from this, and am curious to see all the networks fight over this.  Your thoughts?