Move Over David Hasselhoff, Dolph Lundgren is the New Lifeguard in Town!!! 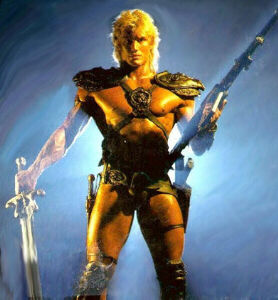 Dolph Lundgren aka He-Man aka Drago aka The Punisher is heading to television to star in the television series ‘Rescue 3’, which is an hourlong action adventure sereis which is set to premiere in the fall of 2013.  The first season will have 20 episodes with a two season order already.  Lundgren will play Captain John Mathews, a hero firefighter and lifeguard who leads a specialized elite team of hardcore experts in air, fire, and water rescue.  Cue an Airbender sequence.

According to THR, ‘Rescue 3’ will center around a California based agency task force with top of the line lifeguards, firefighters, and coast guard agents, with each episode revolving around an epic rescue involving all three agencies.  I think the only thing that would make this show better if it involved aliens and robots.

This might just be the best tv show to air in a long time.  I can’t wait to see who joins Lundgren in this television show.  My vote is for Jean Claude Van Damme and Bruce Campbell.  Your thoughts?