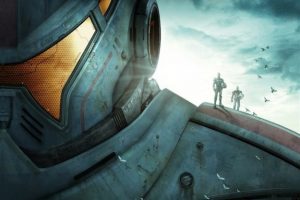 Guillermo Del Toro announced today that a prequel to his upcoming sci-fi epic ‘Pacific Rim’ will be released in graphic novel form.  The film will be released on July 13 of next year and involves robots and monsters.  The graphic novel will come out under the Legendary Comics logo and will be set around 25 years prior to the film. It will cover the creation of the giant robots and pilots along with the technology they use in the film.

The comic will be written by the film’s screenwriter Travis Beacham.  Guillermo also will include the biographies of the the characters in the comic from the film.  I hope this is just a small tease of what’s to come for Guillermo’s epic sci-fi film.  Industry people are already speculating that this film will hit the $1 billion dollar mark, since it will be in 3D now.  I sure hope so, and when it hits the $1 billion dollar mark, there will either be a sequel or hopefully another Hellboy movie.  Fingers crossed.