You Know That ‘Innocence of Muslims’ Film We’ve Been Hearing About On The News….. 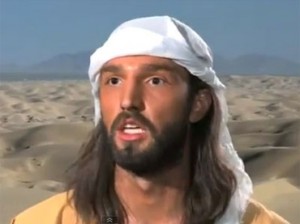 We usually talk about very fun and groovy stories pertaining to film, tv, music, and video games on this site.  However, this story is neither fun nor groovy.  Instead, it’s a sad and rather depressing story that is actually happening right now.  You probably have been hearing about the huge riots breaking out right now overseas because of a film, at least that’s what some people are saying why people are dying and causing violence to innocent people.  American diplomats and ambassadors have been killed supposedly over this film.  The film in question is called ‘Innocence of Muslims’, and is supposed to be anti-Islam and portrays the prophet Muhammed in a negative light.

Even today, supposedly, people overseas have burned down a KFC and other fast food joints over this film.  I wish I was making this up, but I’m not.  The question really is, why is this film pissing so many people off?  What’s in it that is so bad?

Now mind you, I haven’t seen the entire thing, but there is a 14-minute trailer (sort of) online of the film, and I watched it.  After watching it, I couldn’t believe my eyes.  Not because it was insane, but of how fucking truly terrible it really was as a film.  Supposedly the budget of this film was around 5 or more million dollars.  It looks like they spent literally only $100.00 on the film.  And it looks like a really bad and cheap parody film in the vein of ‘Scary Movie’ or ‘Naked Gun’.  You’d almost think that Trey Parker and Matt Stone (creators of South Park) were behind this.

But come on….no matter what you believe, and no matter how terrible you think a film might be or what a film might depict, it all is a form of art.  And the people who actually commit the violence are the ones solely responsible for their own actions.  If something offends you, and you resort to violence of any kind, you immediately become an asshole and a criminal.  I’m willing to bet most of these people overseas have never seen this 14 minute trailer, and if they did, they would laugh it off.  I mean it really isn’t even a real film.  You’ll laugh at what you are watching as you have never seen anything that poorly made.

So below, is the 14 minute trailer of the film so you can see for yourself why people are all up in arms about it.  I mean, this film makes ‘Birdemic’ look like ‘Citizen Kane’.