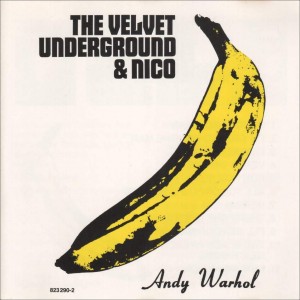 Believe it or not, there is no such thing as too much velvet.

Lou Reed and company are releasing a swank 6 disc 45th Anniversary edition of their ground-breaking 1967 debut “The Velvet Undeground & Nico” on October 1st. The set features Mono and Stereo versions of the album with additional alternate mixes, Nico’s “Chelsea Girl”, live recordings from two Valleydale Ballroom gigs and the previously unissued ‘Scepter Studios Sessions’. (Remember the rare VU acetate recording found for pennies at a New York sidewalk sale, only to be sold on eBay months later for bookoos of money? Yeah, the public finally gets to hear it!)

No other release information is currently available as of yet, but rest assured we’ll post pre-order info when it becomes available! In the meantime, be sure to ask your local favorite record store to reserve you a copy.