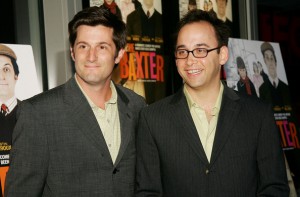 The project never got made, because Universal put the film on hold.  Showalter and Wain will produce with my hopes that Wain will direct. “When Joel (Rudd) and Molly (Poehler) meet, it’s hate at first sight; his big corporation is the one that threatens to shut down her quirky knick-knack store. Story, which follows their predictably on-again/off-again relationship, features rom-com staples such as the jealous ex-girlfriend, the office jerk, scary in-laws, a boring dentist, a wise dog and beautiful shots of New York City in autumn.”

I expect to see the usual cast members from his other films make appearances in ‘They Came Together’, and hopefully, soon after this release, we will get that ‘Wet Hot American Summer’ sequel we all have been wanting for years now.  Shooting is expected to begin in July according to Variety.