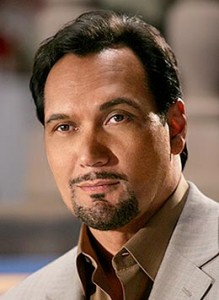 Jimmy Smits is jumping sides here and is set to appear in the upcoming fifth season of FX’s  ‘Sons of Anarchy’ in a major season long story arc.  Smits will play Neron “Nero” Padilla, a Latino gang-banger with an exit strategy who becomes a dangerous mentor for Jax (Charlie Hunnam).  Smits has played bad guys before, so he is no slouch to playing villains.  I think he will add a lot to the show and is cast perfectly.

Nero is envisioned as being heavily tattooed and definitely won’t be wearing a suit.  He also is expected to be as dark and possibly even darker than Prado, a role that earned Smits an Emmy nomination according to Deadline.  Prado was Smith character on the Showtime show ‘Dexter’.  Good news for ‘Sons of Anarchy’ season 5.  Your thoughts?