‘Bridesmaids’ and ‘Freaks and Geeks’ Director To Helm ‘Better Woman’ for Universal!!! 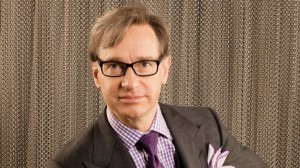 Since Paul Feig’s ‘Bridesmaids’ has grossed almost $300 million worldwide, Universal wanted to secure Feig to do ‘Bridge Jones 3’.  But Feig exited the project after he developed a draft for the script.  Add to that, he is not committing to the ‘Bridesmaids’ sequel yet, because Kirstin Wiig and Annie Mumolo are currently pursuing other projects.  So, it just so happens that Feig is currently available for work.  Enter ‘Better Woman’, which will be Feig’s next project.

‘Better Woman’ follows a high-powered young executive who is dumped by her boyfriend for an older woman. She befriends the older woman to discover why her boyfriend chose her, and rediscovers herself in the process.  This could be AWESOME.  I’m curious to see what big name actress will be attached to star.

Now we just have to get ‘Freaks and Geeks’ back on the air an ll will be right with the world.  Your thoughts?