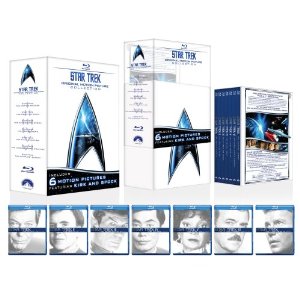 What an excellent Geek Deal.  And this deal lasts all week.  I am of course talking about the  Star Trek: Original Motion Picture Collection on Bluray.  Which includes Star Trek I, II, III, IV, V, VI + The Captain’s Summit Bonus Disc.  And it is 60% off making it only $39.99!!!  That is one hell of a deal.  Kirk in HD.  YES please.  So take advantage of this AWESOME bluray set either for yourself of some holiday shopping.  It’s worth it.