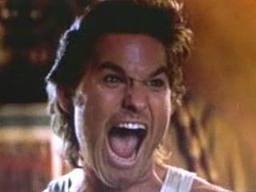 We posted a story earlier in the week that Kevin Costner has dropped out of Tarantino’s Western, ‘Django Unchained’ and how Costner should have kept in it.  You can read the story HERE.  Well it looks like Kurt Russell (yes, Jack Burton and Snake Plissken) will replace Costner as the bad guy.

“Django,” set in the 19th century West, stars Christoph Waltz, Jamie Foxx, Leonardo DiCaprio and Samuel L. Jackson. Russell would take over as a henchman for DiCaprio’s character, Calvin Candie, who owns a plantation where slaves are forced to battle to the death.  And remember that Russell and Tarantino worked together on ‘Death Proof’ where Russell played Stuntman Mike.

This is such good news.  Russell will play the part better than Costner ever could.  I do think however it will be cool to see Costner play a bad guy.  Looking forward to this.