Barnes and Noble Pulls Over 100 Titles From All Of Its Stores!!! 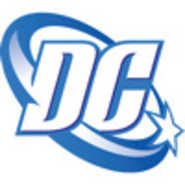 DC Comics plans to release over 100 of its comics and graphic novels digitally on the new Amazon Kindle exclusively.  Meaning, the only place you can download DC comics will be the Amazon Kindle.  Barnes and Noble phoned DC Comics and asked to make a deal for their own version of the kindle which is the Nook. Well, DC Comics was not interested in that whatsoever.  So executives at Barnes and Noble have put out the word to every one of their stores to pull every DC Comic brand comic and graphic novel from their shelves.

You heard that correct.  Barnes and Noble will be no longer selling DC Comics or graphic novels at their physical locations.  You can order them online, but employees are instructed to not sell them whatsoever in store.  Talk about some next level shit right?  Among the titles are: Watchmen, The Dark Knight Returns, Sandman,  Fables, Blackest Night, All Star Superman, Y The Last Man, and V For Vendetta. Some staff at Barnes and Noble say this is a bit much as it only prevents the only surviving mass market book store from selling these books.

One of our writers for the site works at B&N and I’m curious to find out his opinion.  I will update as soon as I hear something.  Personally, I think it is a dick move on DC’s part.

6 thoughts on “Barnes and Noble Pulls Over 100 Titles From All Of Its Stores!!!”