Roundtable Interview With Mike Cahill and Brit Marling from ‘Another Earth’!!! 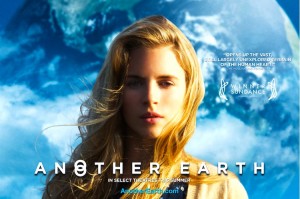 I was just blown away with ‘Another Earth’.  When I first saw the trailer I expected one thing.  What I got was so much more and then some.  Now I am a huge fan of science fiction and space exploration.  There has been many times, mostly in college, where I have had in depth conversations with friends about numerous scenarios of “what if a new planet was created that could sustain life just like Earth”.  This film has that scenario, but it is much deeper and has so much more going for it than just the sci-fi factor.  I can honestly say that ‘Another Earth’ is one of the better films to come out in a long time.  Both director Mike Cahill and actress Brit Marling were in Dallas recently to discuss their amazing film.  The two were genuine, charming, and a lot of fun to talk to.  Keep your eye on this pair.  Great things are destined for this duo.  SEE THIS MOVIE.

The interview is split up in to three parts below due to some technical difficulties with BREAK.COM.  Enjoy.