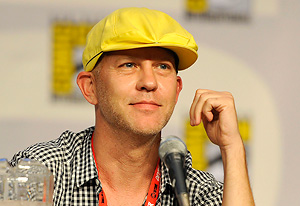 Ryan Murphy has been hard at work on ‘Glee’ since his show ‘Nip/Tuck’ ended, but now it seems Murphy will come back to FX and showrun a new series called ‘American Horror Story’.   FX ordered 13 episodes for a first season which will debut on October 5th and run an hour each episode.

“From 20th Television, the mysterious drama revolves around Ben and Vivien Harmon (The Practice’s Dylan McDermott, Friday Night Lights’ Connie Britton) who move their family from Boston to a haunted San Francisco home in an attempt to rebuild their family after a miscarriage and affair.”  Murphy said that ‘American Horror Story’ is a  “feel bad show” as supposed to ‘Glee’ being a “feel good show” and describes the series as a “psycho sexual thriller”.

I’m glad Murphy is going back to FX.  ‘Nip/Tuck’ was amazing even though it got crazy ridiculous towards the end.  But the characters were well developed and the story arcs were really good.  Especially in those first two or three seasons.  If Murphy can create that tension again, then he will have another hit on his hands.  Murphy helped write the pilot and plans on directing the pilot as well.