James Spader To Be World’s Best Boss on NBC’s ‘The Office’?!?! 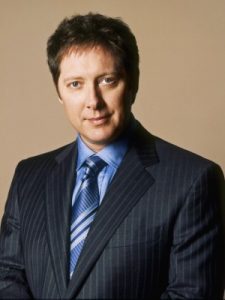 As we left last season of ‘The Office’ several big name actors were interviewing for Michael Scott’s (Steve Carrell) position as Regional Manager of Dunder Mifflin.  Among them were Ray Romano, Jim Carrey, Will Arnett, Catherine Tate, Ricky Gervais, and James Spader.  And if you remember in that last episode, Spader looks at the camera and says “I will get this job.”  Well that just may be true.  Spader is in talks to be a regular on NBC’s “The Office”.

Well according to sources close to the show, it looks like he will be getting a better job at Dunder Mifflin. It seems that he won’t replace Steve Carrell though, but rather take over as CEO of Dunder Mifflin replacing Kathy Bates character.  Kathy Bate will be leaving ‘The Office’ to focus more on her new law drama series ‘Harry’s Law’.   Spader’s character name is the hilarious Robert California, and is expected to return in the season premiere as Carrell’s replacement.  He will immediately begin kick ass and be moved to the top of the company almost right from the start.  This will leave the Scranton branch open for a new manager.  So tae your pick really.  It could very will be Spader as well.

I think James Spader would be AWESOME in this role.  He was so good in ‘Boston Legal’ and I would be so happy to see him return to television in a recurring role.  I’m glad that ‘The Office’ is changing things around.  It needed it.  Spader will be a great addition.