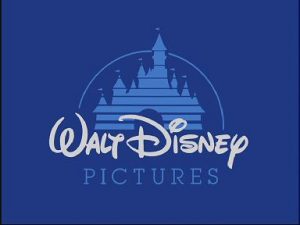 ‘Wreck-It Ralph’ from Disney is sounding awesome.  The new CG animated Disney film looks to be about a bad villain in a video game who wants to prove he can be a good guy.  Now that just sounds AWESOME.  The press releases says it will be a simple 8-bit video game.  Oh nostalgia.  Sounds like ‘Toy Story’ with a little bit of the ‘Scott Pilgrim’ mixed in.  This could be really good.  Plus it already has some great actors lending their voices for the animated film including: John C. Reilly, Sarah Silveman, Jane Lynch, and Jack McBrayer.  Read the entire press release below.

BURBANK, Calif. (June 13, 2011) – Some of us are born to be bad, but that doesn’t mean we have to like it. Walt Disney Animation Studios and Emmy®-winning director Rich Moore (TV’s “The Simpsons,” “Futurama”) take moviegoers on a hilarious, video-game-hopping journey in “Wreck-It Ralph,” the story of an arcade game Bad Guy determined to prove he can be a Good Guy. Produced by Clark Spencer (“Lilo & Stitch,” “Bolt”) and featuring the voices of John C. Reilly, Sarah Silverman, Jack McBrayer and Jane Lynch, the CG comedy adventure will hit theaters on Nov. 2, 2012, and will be presented in Disney Digital 3D™ in select theaters.

Says Moore, “I love the idea of a very simple 8-bit video game character struggling with the complex question: ‘isn’t there more to life than the role I’ve been assigned?’ In his quest for the answer, we journey with our hero through three visually distinct video game worlds. It’s unlike anything anyone’s seen before, and I’m thrilled to be to creating it here at Walt Disney Animation Studios.”

Wreck-It Ralph (voice of Reilly) longs to be as beloved as his game’s perfect Good Guy, Fix-It Felix (voice of McBrayer). Problem is, nobody loves a Bad Guy. But they do love heroes… so when a modern, first-person shooter game arrives featuring tough-as-nails Sergeant Calhoun (voice of Lynch), Ralph sees it as his ticket to heroism and happiness. He sneaks into the game with a simple plan—win a medal—but soon wrecks everything, and accidently unleashes a deadly enemy that threatens every game in the arcade. Ralph’s only hope? Vanellope von Schweetz (voice of Silverman), a young troublemaking “glitch” from a candy-coated cart racing game who might just be the one to teach Ralph what it means to be a Good Guy. But will he realize he is good enough to become a hero before it’s “Game Over” for the entire arcade?

This is on my radar.  Can’t wait to see this.  Your thoughts?