Bryan Takes On The ‘Challenge of the Gobots’ DVD!!! (A Review) 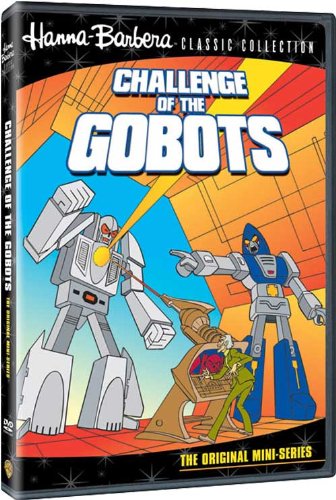 Oh GoBots.  You will always hold a special place in my heart.  You are like the HD-DVD to bluray.  Gone too soon.  In Kevin Smith’s ‘Clerks 2, Jason Lee’s character Lance Dowds references the Gobots as the “K-Mart” of Transformers.  This is very true.  In every way, shape, and form, the Transformers have outsold and outdone the Gobots.  And the Gobots were first on the scene one year before Transformers ever were.  There are tons of similarities between the two universes.  For instance, Gobots came from Gobotron and a year later the Transformers came from Cybertron.  But even the Gobots with their generic brand, it is still a good cartoon by the great team of Hanna-Barbera and quite fun.

Warner Bros. Classic Archive collection have remastered the original mini-series of the Gobots with all five original episodes.  WB says:

“CHALLENGE OF THE GOBOTS: THE ORIGINAL MINI-SERIES (1984)From Gobotron to your home, it’s the original 5 episode mini-series that brought the GoBots to life. When Cy-kill embarks on his mad quest to conquer the galaxy starting with Earth, only Leader-1 and his band of Guardians stands in his way. The mini-series that launched a legend! Newly remastered from original film elements, Challenge of the GoBots has NEVER looked this good. See example below.” 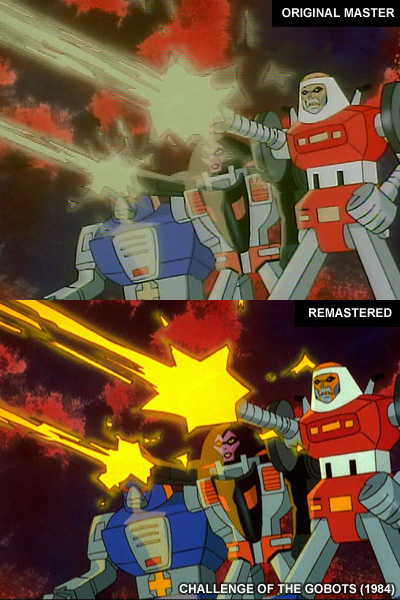 So this is the original mini-series before the big core of the whole entire Gobots series took off and it dosen’t all that much differ from the original Transformers series when that took off either.  As said above the Gaurdians which are the hero Gobots plan on saving planet Earth after the Renegades which are the evil Gobots plan to destroy Earth.  And after that whole debacle, it is non stop action in saving the humans and planet. 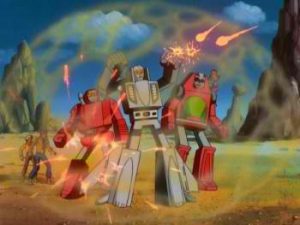 The video is presented in 1.37:1 4×3 Full frame aspect ratio on a single layered DVD.  The colors are fairly still washed and bland, but it is a huge step from the original tape source.  By no means does this look amazing, but it still looks tons better than it did years ago, plus where else are you going to find a remastered copy.  The audio is a mono mix master, so don’t expect to be blown out of your seat.  It does the job though.  There were no flaws or distortions that I noticed.

It was still a lot of fun watching this original mini-series all these years later.  It holds up in that nostalgic kind of way that gives you warm fuzzies all around.  I always will wonder if they will bring back Gobots in a big way like they have done with Transformers.  I’d hope so.  But Warner has done a great job of making this look much better than it originally did.  Maybe they will release the rest of the series in time.  Recommended.

or pre-order from Amazon below.