BRYAN’S BLURAY/DVD PICKS FOR THE 2ND WEEK OF JUNE!!! 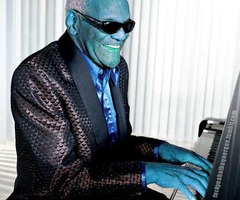 It’s a fairly good week for releases which includes Hall Pass, Unknown, Jackass 3.5, plus some other goodies.   As usual, in this article, you will get some info about the disc and the extras that come with the movie as well as a personal opinion about the movie and a link to purchase the film over at AMAZON where you can save quite a bit of money, and it will give a small percentage kick back to this site so we can continue bringing you excellent stories and sales.

Never got a chance to see this in the theater, but the posters and trailers for the film looked amazing.  However people have said a lot of negative things about the film.  When I read Roger Ebert’s review of the film, I never have heard Ebert so angry about a film before.  I believe he said the following about the film: “Young men: If you attend this crap with friends who admire it, tactfully inform them they are idiots. Young women: If your date likes this movie, tell him you’ve been thinking it over, and you think you should consider spending some time apart.”  So I ask you readers, what do you think??  Worth the purchase?

What a great film with the badass of actors from the golden era, Steve McQueen.  Also starring  the beautiful Ann Margret in this film about hustling and poker.  “Steve McQueen brings his cool fire to the role of the Cincinnati Kid, a small-timer eager to take his chances in high-stakes poker. He gets his chance. Regal, ruthless Lancey Howard (Edward G. Robinson), the elite gambler called the Man, accepts the Kid’s challenge. Norman Jewison (In the Heat of the Night, Moonstruck) directs this taut exploration of back-room gaming, building suspense with each turn of a card. And Ann-Margret, Karl Malden, Rip Torn, National Board of Review Best Supporting Actress Award winner Joan Blondell and many more comprise a full house of talent. Grab a chair and ante up.”  Looks amazing in HD.

Hall Pass is a genuinely funny movie at times.  I think it gets off track here and there, but most of the time it packs gut busting laughs, and that excellent raunchy Farrelly brother humor we have all come to known and love.  This film has a brilliant cast that includes, Owen Wilson, Jason Sudeikis from SNL, Jenna Fischer from the Office, Christina Applegate, Stephen Merchant, and Richard Jenkins.  I have to say that Sudeikis is definitely the best and funniest actor in the entire film.

Gag Reel (HD, 2 min.) — A very short gag reel that is also not all that funny.  A few flubbed lines here and there, a plane flying by disturbing the scene, and etc.  Just okay.

HARRY POTTER AND THE HALF BLOOD PRINCE: ULTIMATE EDITION (BLURAY)

A re-release of the previous disc with more extras and a collectible booklet and card on two discs. “ Emboldened by the return of Lord Voldemort, the Death Eaters are wreaking havoc in both the Muggle and wizarding worlds and Hogwarts is no longer the safe haven it once was. Harry suspects that new dangers may lie within the castle, but Dumbledore is more intent upon preparing him for the final battle that he knows is fast approaching. He needs Harry to help him uncover a vital key to unlocking Voldemort’s defenses critical information known only to Hogwarts’ former Potions Professor, Horace Slughorn. With that in mind, Dumbledore manipulates his old colleague into returning to his previous post with promises of more money, a bigger office and the chance to teach the famous Harry Potter.”

HARRY POTTER AND THE ORDER OF THE PHOENIX: ULTIMATE EDITION (BLURAY)

A re-release of the previous disc with more extras and a collectible booklet and card on two discs.  “Lord Voldemort has returned, but few want to believe it. In fact, the Ministry of Magic is doing everything it can to keep the wizarding world from knowing the truth – including appointing Ministry official Dolores Umbridge as the new Defense Against the Dark Arts teacher at Hogwarts. When Professor Umbridge refuses to train her students in practical defensive magic, a select group of students decides to learn on their own. With Harry Potter as their leader, these students (who call themselves “Dumbledore’s Army”) meet secretly in a hidden room at Hogwarts to hone their wizarding skills in preparation for battle with the Dark Lord and his Death Eaters.”

Creating the World of Harry Potter Part 5: Evolution
Deeper. Bolder. Darker. As the eight Harry Potter films trace Harry’s journey from innocent schoolboy to selfless hero, the series undergoes a transformation. Creating the World of Harry Potter Part 5: Evolution – packed with exclusive content only available here – takes you along for every exciting step of the 10-year filmmaking odyssey. Join the four directors, key members of the crew and cast, including Daniel Radcliffe, Rupert Grint, Emma Watson, as they explore how the creative vision for the films evolved to maintain the integrity and increasing intensity of J.K. Rowling’s expansive literary series. From the ever-changing architecture of Hogwarts Castle and expanding landscape of the wizarding world, to the darkening color palette of each successive film, to the young actors maturing along with their characters, it is a wondrous and spectacular adventure to experience.

DISC 1 – MOVIE with In-Movie Experience! Explore the People, Places, Creatures and the Moviemaking Magic Behind Them, All As You Watch the Movie

Criterion rolls out the red carpet out yet again for this one of a kind film.  From the director of ‘The Man Who Fell To Earth’ and ‘The Witches’ comes  ‘Insignificance’.  Basically you have look-a-likes of Marilyn Monroe, Albert Einstein, Joe DiMaggio, and Joseph McCarthy who convene in a hotel room an interact with each other over the course of a night.  What a fantastic film.  It’s really good and it looks and sounds amazing.  I wonder if  this is what George Lucas is basing his upcoming project on.  Packed with amazing extras.

I’ve been watching all the episodes on Joost for the past month or so and I must say, that all this new footage is great and just as funny as Jackass 3.  “ Crammed full of all-new content, this unrated and uncensored film showcases the legendary crew—including Johnny Knoxville, Bam Margera, Steve-O, Chris Pontius, Ryan Dunn, Jason “Wee Man” Acuna, Ehren McGhehey, Dave England and Preston Lacy—performing never-before-seen stunts, outrageous pranks and other side-splitting antics. Prepare to cringe, wince and laugh out loud at Steve-O’s up-close and personal encounter with a snapping turtle, Chris Pontius’ wood pecker and stun gun limbo with the whole gang. Plus go behind-the-scenes and get an inside view of the paranoid life on set, an assortment of ideas that went ridiculously awry, and the successful prank that was finally pulled on Johnny Knoxville.”  AWESOME!

Not my favorite Kon Ichikawa film, but beautiful and poetic none the less.  It looks and sounds excellent and Criterion did a great job with the release.  “This lyrical adaptation of the beloved Japanese novel by Junichiro Tanizaki was a late-career triumph for world-class director Kon Ichikawa. Revolving around the changing of the seasons, The Makioka Sisters (Sasame-yuki) follows the lives of four sisters who have taken on their family’s kimono manufacturing business, over the course of a number of years leading up to the Pacific War. The two oldest have been married for some time, but according to tradition, the rebellious youngest sister cannot wed until the third, conservative and terribly shy, finds a husband. This graceful study of a family at a turning point in history is a poignant evocation of changing times and fading customs, shot in rich, vivid colors.”

This is a re-issue, but damn if it isn’t one Keanu’s best films.  The director of this film won an oscar for directing ‘The Hurt Locker’.  Awesome huh??  “Kathryn Bigelow’s fourth action film follows FBI agent Johnny Utah (Keanu Reeves) as he goes undercover to infiltrate a cache of Southern California surfers suspected of robbing banks. Utah, a former football player, is assigned to Los Angeles. There, four bank robbers, who wear rubber masks and call themselves “Ex-Presidents,” have executed a series of successful robberies which embarrassingly have the FBI stumped. Utah, and his partner Pappas (Gary Busey) suspect that the robbers are surfers and hatch a plan for catching them.”

VANISHING OF THE BEES (DVD)

Get this film.  Ellen Page a.k.a Juno narrates the documentary about the world’s bee population and its decay.  This is a scary fucking scenario and it is actually happening.  Once there are no more bees, you can pretty much kiss your ass goodbye.  End of times shit.  We need to do something and do it now.  ”

Honeybees, a keystone species vital to sustaining our ecosystem, are mysteriously disappearing across the planet, literally vanishing from their hives.

Known as Colony Collapse Disorder, this phenomenon has brought beekeepers to crisis in an industry responsible for producing apples, broccoli, watermelon, onions, cherries, almonds and a hundred other fruits and vegetables. Commercial honeybee operations pollinate crops that provide one out of every three bites of food on our tables.

Narrated by Academy Award nominee Ellen Page, “Vanishing of the Bees” follows commercial beekeepers David Hackenberg and Dave Mendes as they strive to keep their bees healthy and fulfill pollination contracts across the U.S. The film explores the struggles they face as the two friends plead their case on Capitol Hill and travel across the Pacific Ocean in the quest to protect their honeybees.

Filming across the US, in Europe, Australia and Asia, this documentary examines the alarming disappearance of honeybees and the greater meaning it holds about the relationship between mankind and mother earth. As scientists puzzle over the cause, organic beekeepers indicate alternative reasons for this tragic loss. Conflicting opinions abound and after years of research, a definitive answer has not been found to this harrowing mystery.

Following the story for three years, directors George Langworthy and Maryam Henein chronicle the innermost thoughts and feelings of beekeepers and scientists as they fight to preserve the honeybee and make it through another day. Combining interviews from around the world, animation, 50’s educational films and breathtaking nature cinematography, George and Maryam present not just a story about Colony Collapse Disorder, but a platform full of solutions, encouraging audiences to be the change they want to see in the world.

Special features include: “Honeybee Rescue” – how to remove a bee colony from your property without harming the bees and “Beekeeping in France” – which covers the history of beekeeping in France and the origin of the modern beehive, as well as an animated short film on the disappearance of honeybees by the film’s animator, Antanas Skukas, entitled Colony Collapse Disorder (An Unfinished Story).”

I have never seen this film, but goddamn upon hearing about it, this is a MUST OWN.  Going by the amazon reviews which are all 5 stars by the way, this looks to be one crazy cult instant classic film.  I cannot wait to watch it.  Plus, don’t you want to own a film called ‘Sveener and The Shmiel’.  I mean this DVD could very well be displayed on my mantel as a conversation piece.  I can’t wait.  What I do know about the film is that two kids invent a machine that does some crazy shit.  So excited about this one.

Well thats it for this week folks.  Stay tuned for next week.  Enjoy.