BRYAN’S BLURAY/DVD PICKS FOR THE 4TH WEEK OF MAY!!! 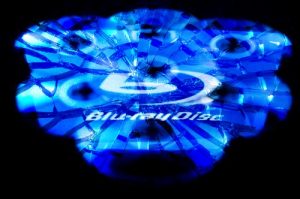 A pretty fun week for releases which includes a couple of excellent Criterion releases, plus some other goodies.   As usual, in this article, you will get some info about the disc and the extras that come with the movie as well as a personal opinion about the movie and a link to purchase the film over at AMAZON where you can save quite a bit of money, and it will give a small percentage kick back to this site so we can continue bringing you excellent stories and sales.

This is one solid war film.  But for me personally, it is just a time or two watch for me.  I remember seeing this long ago when it came out and thinking, “well that was good, but when they hell am I ever going to have the need and want to watch that again”.  If you are a huge war film fan especially that of the Civil War, then this is your movie, but I just can’t watch it with enjoyment or boredom anymore.  I will say it looks excellent and sounds amazing though on bluray.  Summer 1863. The Confederacy pushes north into Pennsylvania. Union divisions converge to face them. Two great armies will clash at Gettysburg, site of a theology school. For three days, through such legendary actions as Little Round Top and Pickett’s Charge, the fate of “one nation, indivisible” hangs in the balance. Tom Berenger, Jeff Daniels, Martin Sheen, Richard Jordan and more play key roles in this magnificent epic based on Michael Shaara’s Pulitzer Prize-winning The Killer Angels, filmed at actual battle locations and rigorously authenticated down to the boots.

-17 minutes of additional footage not seen in theatres

A film for kids ultimately.  It didn’t have that Pixar or Shrek feeling in that it appealed to all audiences.  This one is strictly for the young ones who will ultimately find it boring and lame after several viewings.  Adults will find it very painful to  watch.  Although the voice acting is surprisingly pretty good in the film.  They got some good actors to lend their voices and you will be able to tell who they are, but I’d pass on this one.  Instead show your kids Labyrinth or Goonies.  Or better yet Dark Crystal.  “From a director of Shrek 2 comes your chance to step into the secret world of garden gnomes – Gnomeo & Juliet. Perfect for the whole family, this fresh and funny makeover of one of the world’s most timeless story features music from Sir Elton John, and the voice talents of Emily Blunt, James McAvoy and sir Michael Caine. Caught up in a feud between neighbors, Gnomeo and Juliet must overcome as many obstacles as their namesakes. But with flamboyant pink flamingoes and epic lawnmower races, can this young couple find lasting happiness? Complete with hilarious never-before-seen bonus features, Gnomeo & Juliet is an out-of-the-ordinary animated comedy your entire family will love. We just gnome it!”  And of course it looks and sounds phenomenal.

Much like the above ‘Gettysburg’, this film still doesn’t play to me.  I remember when this came out and remember it was almost 4 hours long.  Not with it being the director’s cut, it is almost five hours long.  5 fucking hours.  Way too long.  This should have been a mini-series on History.  Not a feature length film.  The whole film is sloooow and never really picks up any pace at all.  I  must say that, for you history buffs and war film geeks, this will be one to add to your shelves, but in my opinion, I can’t imagine watching this again.  But I will say it looks and sounds great.  Gods and Generals follows the rise and fall of legendary war hero “Stonewall Jackson”. The prequel to the 1993 hit Gettysburg.

I really liked this film.  I’ve never been one for NASCAR or racing or anything in that nature, but watching this film gives me that small amount of energy to want to go to one of these events.  It’s just so well done.  This film is fast paced, exciting, and one hell of a ride.  Definitely recommend it.  A John Frankenheimer film with James Garner equals AWESOME.  For as old as this film is, this bluray presentation is BADASS.  “Formula I drivers compete to be the best in this slam-you-into-the-driver’s seat tale of speed, spectacle and intertwined personal lives. John Frankenheimer (who 32 years later would again stomp the pedal to the metal for the car chases of Ronin) directs this winner of 3 Academy Awards,* crafting split-screen images to capture the overlapping drama and orchestrating you-are-there POV camerawork to intensify the hard-driving thrills. Nearly 30 top drivers take part in the excitement. Buckle up to race with the best.”

What can I say about this release??  It’s a must own.    Criterion rolls out the red carpet again with one of Charlie Chaplin’s best films.  This film should be seen by all.  And it was most definitely needed to be seen by everyone in the time period.  Chaplin playing Hitler and a jewish barber is GOLD. This film is beautiful and a must see.  Criterion’s transfer is unbelievable.  At some points while watching the movie, I actually thought it was 3D.  It was that clear.  Get this movie.  The best release of the week.

I AM NUMBER FOUR (BLURAY+DVD+DIGITAL COPY)

Action, Mystery, Sci-Fi Garbage.  Entertaining to a point, but on the whole, not worth a second viewing.  There are some good visuals and some interesting story lines, but overall, they all fail.  I expected more from DJ Caruso.  If you like these types of mindless dribble, then by all means, get it, but I like to reserve my mindless movie watching to something better.

Much like Grand Prix above, this is about auto racing and is more documentary-ish than a whole big production.  Plus I just think Steve McQueen is more of a badass in anything than James Garner.  In this film you will see Mcqueen crank it to 11 in driving with some good plot twists mixed in.  It’s good stuff.  Get it.  Almost in breadth and depth of a documentary, this movie depicts an auto race during the 70s on the world’s hardest endurance course: Le Mans in France. The race goes over 24 hours on 14.5 kilometers of cordoned country road. Every few hours the two drivers per car alternate – but it’s still a challenge for concentration and material. In the focus is the duel between the German Stahler in Ferrari 512LM and the American Delaney in Gulf Team Porsche 917. Delaney is under extraordinary pressure, because the year before he caused a severe accident, in which his friend Lisa’s husband was killed.

Dustin Hoffman.  Steve McQueen.  GOLD.  If you feel like you can’t get something accomplished.  If you feel like you are big pussy and can’t handle certain situations or events that come up.  Then watch this amazing film.  It will get you amped up and ready for whatever comes your way.  Damn this movie is fucking cool.  So badass.  They called him Papillon, meaning buttlerfly. If only he had wings to go with the name. Unable to fly, Henri Charriere virtually willed himself free. He persisted until he did the impossible: escape Devil’s Island. Based on Charriere’s bestseller and shot in Spain and Jamaica, Franlin J. Schaffner’s film of Papillon united two stars at key career junctures. After a decade of fine work in The Great Escape, The Sand Pebbles and Bullitt, Steve McQueen found in Charriere another ideal tough-guy role. Coming off The Graduate, Midnight Cowboy and Little Big Man, Dustin Hoffman again distinguished himself as Dega, Charriere’s scruffy friend.

It’s kind of sad watching this movie now.  Charlie Sheen was just so amazing.  And now every time I hear his name or see him in an older film such as Platoon, I can’t help but think of him as a joke and it somewhat distracted from the film, but it didn’t last long, because Sheen is such or was such an amazing actor.  And Platoon is such an epic amazing film, that you quickly lose sight of that joke that is Charlie Sheen.  Tom Berenger and Willem Dafoe are just so fucking amazing in this movie.  “A young recruit in Vietnam faces a moral crisis when confronted with the horrors of war and the duality of man.”  I prefer ‘Full Metal Jacket’, but this is a close 2nd or 3rd.  A must own.  Looks amazing.  Sounds even better.

“Let’s break it down. Mugen’s a reckless sword-slinger with a style that’s more b-boy than Shaolin. He’s got a nasty streak that makes people want to stick a knife in his throat. Then there’s Jin, a deadbeat ronin who speaks softly but carries a big blade. He runs game old-school style, but he can make your blood spray with the quickness. When these roughnecks bring the ruckus, it ain’t good for anybody, especially them. Enter Fuu, the dizzy waitress who springs her new friends from a deadly jam. All she wants in return is help solving a riddle from her past. She and the boys are tracking the scent, but there’s ninety-nine ways to die between them and the sunflower samurai.”  FUCKING HARDCORE.  This is one of the best anime series out there. Violent, beautiful, and just balls to the wall.  MUST OWN.

Much much better than the remake with George Clooney.  This is Russia’s sci-fi epic.  Intense, thought inducing, beautiful, magical, and brilliant all rolled into one film.  You’ll think 2001 if you haven’t seen this.  “Ground control has been receiving strange transmissions from the remaining residents of the Solaris space station. When cosmonaut and psychologist Kris Kelvin is sent to investigate, he experiences the strange phenomena that afflict the Solaris crew, sending him on a voyage into the darkest recesses of his own consciousness. In Solaris, the legendary Russian filmmaker Andrei Tarkovsky (Ivan’s Childhood, Andrei Rublev) gives us a brilliantly original science-fiction epic that challenges our conceptions about love, truth, and humanity itself.”

Sadly this isn’t on bluray, but damn is this show fucking funny.  It has tons of great cameos and some of the best comedy out there.  Think ‘Wet Hot American Summer’ or ‘Stella’ comedy.  I am so happy this is getting another season.  Buy this.  So fucking great. “Transitioning from the Internet to television, Children’s Hospital is a new comedy series created by Rob Corddry (Hot Tub Time Machine, The Daily Show with Jon Stewart) — and featuring an all-star cast — that lampoons the medical show genre by exploring the emotional struggles and sexual politics of a group of doctors with supercharged libidos. The dedication of these doctors to their personal lives is relentless — and is interrupted only by the occasional need to treat sick children. No medical condition is too severe to distract these oblivious physicians from their primal need to flirt, gossip, make out, talk about sex, show their underwear and more, all in front of horrified children and their anxious parents. The new series is based upon the Webby Award-winning digital show that debuted on TheWB.com in 2008 and quickly became a Web hit with its twisted take on network medical dramas like Grey’s Anatomy and House. Check into the hospital!”