Michael Clark Duncan Will Voice “Kilowog” In The Green Lantern!!!! 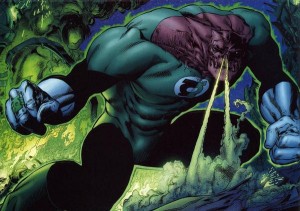 Excellent actor Michael Clark Duncan (who is no stranger to comic book films) will officially voice “Kilowog” one of the members of the Green Lantern Corp.  I’m not surprised, but I must say, that this movie is getting better and better every day.

According to DC COMICS Wiki page:

“Bolovax Vik was one of the most crowded planets in the universe; it had 16 billion residents with a communal mind. Kilowog was a geneticist and one of Bolovax’s most brilliant minds. After the previous Lantern, Branwill, died, Kilowog was chosen to be a member of the Green Lantern Corps. It was a great honor, but it meant leaving Bolovax and going into space on missions; this was tantamount to exile for a Bolovaxian. Nevertheless, Kilowog carried out his duties with pride. He would go on to be one of the Corps’ best recruiters and trainers.”