BRYAN’S BLURAY/DVD PICKS FOR THE THIRD WEEK OF APRIL!!! 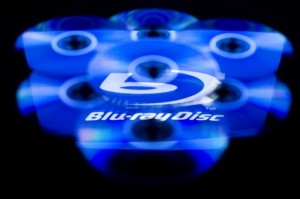 A pretty good week for releases which includes the Best Picture Winner from this past year plus some other goodies.   As usual, in this article, you will get some info about the disc and the extras that come with the movie as well as a personal opinion about the movie and a link to purchase the film over at AMAZON where you can save quite a bit of money, and it will give a small percentage kick back to this site so we can continue bringing you excellent stories and sales.

Have not had a chance to watch this film yet, but it looks all sorts of badass and I have only heard good things about it.   Crafted with over 2500 visual effects, the director of Casshern weaves action with Japanese history and folklore into a moving masterpiece evocative of the classic Robin Hood tale.  Once a lethal ninja, Goemon put down his sword to master the art of robbing the nobility to share the stash with the less fortunate. On one such escapade, he swipes an artifact that, if opened, will unleash misfortune of a massive scale. Hunted by an infamous henchman and former ally, Goemon tears a torrential path to assassinate the king. With a conscience clouded by conspiracy, Goemon struggles to save his friends—and an entire nation—from the grips of poverty and corruption.

Not many of you have seen this film let alone heard of this movie.  It is one of the better “coming of age” stories ever.  Criterion really rolled out the red carpet for this one as usual.  Named by the British Film Institute as one of the ten best British films of the century, Ken Loach’s Kes, is cinema’s quintessential portrait of working-class Northern England. Billy (an astonishingly naturalistic David Bradley) is a fifteen-year-old miner’s son whose close bond with a wild kestrel provides him with a spiritual escape from his dead-end life. Kes established the sociopolitical engagement and artistic brilliance of its filmmaker, and pushed the British “angry young man” film of the sixties into a new realm of authenticity, using real locations and nonprofessional actors. Loach’s poignant coming-of-age drama remains its now legendary director’s most beloved and influential film.

This film won Best Picture at the Oscars this past year and it is adored by many.  I do like this movie, but it didn’t have the impact on me like it did others.  It is beautifully crafted, great story, amazing acting, and amazing set pieces, but it’s just one film I can’t see watching more than once a year if that.  After the death of his father King George V (Michael Gambon) and the scandalous abdication of King Edward VIII (Guy Pearce), Bertie (Colin Firth) who has suffered from a debilitating speech impediment all his life, is suddenly crowned King George VI of England. With his country on the brink of war and in desperate need of a leader, his wife, Elizabeth (Helena Bonham Carter), the future Queen Mother, arranges for her husband to see an eccentric speech therapist, Lionel Logue (Geoffrey Rush). After a rough start, the two delve into an unorthodox course of treatment and eventually form an unbreakable bond. With the support of Logue, his family, his government and Winston Churchill (Timothy Spall), the King will overcome his stammer and deliver a radio-address that inspires his people and unites them in battle. Based on the true story of King George VI, THE KING’S SPEECH follows the Royal Monarch’s quest to find his voice.  Some pretty good extras on this disc and it looks good, but the sound is better than the picture on this release.

After watching this and the sequel recently, I cannot get that amped up song “MORTAL KOMBAT!!!” that we have all come to know.  We hear it at sporting events mostly now.  WOW.  I still enjoy this movie quite a bit, but it does not hold up like it used to.  I do remember really liking this in the theater all those years ago.  I just think that the special effects were poorly done and laughable for the most part.  I however still enjoy the fight choreography and the story line.  Definitely worth picking up and adding to your collection and watchign with your old friends and having a few laughs.  I was kind of disappointed in the hi-def transfer.  The audio and video are kind of sub par, but it is definitely the best it has ever looked and sounded.

My Goodness!!!  Such a calamity in every way.  This film is best viewed drunk while you are heckling the hell out of it.  I definitely recommend picking this up because A) it is cheap and B) this is one of the better films if not one of the best films to MST3K and make fun of with your friends late at night. “Lord Rayden (Christopher Lambert) has rescued them, but he cannot fight for them. They – a martial artist, an action film star, a soldier – are the chosen three. And while the world’s fate rests on their shoulders, the rest of us can enjoy the thrills as they compete to save us all in the body-slamming, mystical-tinged, full-tilt spectacle of creatures and conflict that is Mortal Kombat. Paul Anderson (Resident Evil: Afterlife) directs this astonishing and trend-setting experience that showed how to turn a smash-hit video game into a movie smash. Cheer these intrepid three Kombatants – they’re fighting for you!”  I will say that this sequel does have some badass fight scenes in it.  They are almost at the top notch quality.  But ultimately it is one crazy film with really no direction.  Again, if you must watch this again, which I recommend for sheer hilarity and good late evening with friends.

Not as good as the first film, but I nice little sequel with everyone’s favorite robot from the 80’s.  I was sad to not see Ally Sheedy or Steve Guttenburg in this film, but was happy to see the addition of Michael Mckean and the return of Ben Fisher.  I liked the storyline enough with Johnny 5 going to the big city to spend some time with Ben and number 5 sort of fighting crime and finding himself and who he is.  It basically is a story of humanity and the good things we are capable of.  I really did enjoy this film and is a great addition to any collection.  High-voltage, fast-paced comedy for the entire family. Number Five, A.K.A. Johnny Five, that incredible lovable robot, is back and taking the big city by storm. More “human” than ever, upbeat Johnny’s out for some “urban input”, but some street hoods see his innocence as their high-tech ticket to easy street.  Sadly no features on this.  Come on now.  I need extras.

Sofia Coppola’s fourth film is not anywhere near her best work.  That’s not to say this film is bad, but just not my favorite.  It’s an interesting enough story where you follow a celeb actor who is in HOLLYWOOD promoting his new film and when he is not promoting and working, he is doing drugs, drinking, getting laid, and hiring strippers for his entertainment.  Then his ex wife drops in suddenly with their 11 year old daughter for him to take care of.  It is a tale we have seen for before, but I just couldn’t get all the way hooked in to it.  Dorff does an excellent job in this film.  He’s always been an exceptional actor.  I just feel like this film needed that “Extra” push to make it better and more engaging.  But it wasn’t.  It is still worth viewing.  Sophia Coppola is still a mighty fine director.

Once again, Criterion pulls out an amazing release in Sweetie.  Such a crazy tale of an even crazier and insane family.  Particularly two sisters.  Though she went on to create a string of brilliant films, Jane Campion will always be remembered for her knockout debut feature, Sweetie, which focuses on the hazardous relationship between the buttoned-down, superstitious Kay and her rampaging, devil-may-care sister, Sweetie—and on their family’s profoundly rotten roots. A feast of colorful photography and captivating, idiosyncratic characters, Sweetie heralded the emergence of this gifted director, as well as a renaissance of Australian cinema, which would take the film world by storm in the nineties.

A cult film that was released all not that long ago.  If you enjoy some bloody ninja revenge moviemaking and you have not seen this movie, then I definitely recommend this.  It’s got horror, sci-fi, action adventure, ninjas, and tons of great fighting.  Set in a future-world vision of Tokyo where the police have been privatized and bitter self-mutilation is so casual that advertising is often specially geared to the “cutter” demographic, this is the story of samurai-sword-wielding Ruka and her mission to avenge her father’s assassination. Ruka is a cop from a squad who’s mission is to destroy homicidal mutant humans known as “engineers” possessing the ability to transform any injury to a weapon in and of itself.

That’s it for this week.  Stay tuned for next week set of picks and releases.