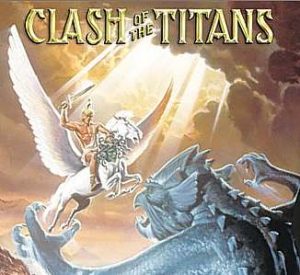 The Clash of the Titans sequel is gaining steam.  Warner Bros. has issued a press release/statement on plot details on the upcoming sequel.  The sequel will be directed by Jonathan Liebesman (Battle Los Angeles, Texas Chainsaw Massacre: The Beginning, Darkness Falls).

The title the sequel has now is “Wrath of the Titans” but according to the press release, Warner Bros. does its best not to title this film, so who knows what this film will be called.

Below is the press release with possible SPOILERS:

“A decade after his heroic defeat of the monstrous Kraken, Perseus—the demigod son of Zeus—is attempting to live a quieter life as a village fisherman and the sole parent to his 10-year old son, Helius.

Meanwhile, a struggle for supremacy rages between the gods and the Titans. Dangerously weakened by humanity’s lack of devotion, the gods are losing control of the imprisoned Titans and their ferocious leader, Kronos, father of the long-ruling brothers Zeus, Hades and Poseidon.

The triumvirate had overthrown their powerful father long ago, leaving him to rot in the gloomy abyss of Tartarus, a dungeon that lies deep within the cavernous underworld.

Perseus cannot ignore his true calling when Hades, along with Zeus’ godly son, Ares (Edgar Ramírez), switch loyalty and make a deal with Kronos to capture Zeus. The Titans’ strength grows stronger as Zeus’ remaining godly powers are siphoned, and hell is unleashed on earth.