**UPDATE**Actor Joseph Gordon Levitt Gets His Role In “The Dark Knight Rises”!!

An EW insider who is working closely with this situation says Joseph WILL NOT be playing Alberto Falcone.  So this leaves room for specualtion on which character he will play.  Enigma?? Strange??  Find out the whole story HERE.

Joseph Gordon Levitt (Inception, Brick, 500 Days of Summer) will play Alberto Falcone in the upcoming Batman film called “The Dark Knight Rises”.  The Alberto Falcone character is the son of Tom Wilkinson’s character from Batman Begins.  This all according to Variety.

If you are rusty on your comics, Alberto Falcone in the comics is an ivy league educated highly intelligent guy who is the son of the big mobster, Falcone, who is the suspect of being a serial killer called “The Holiday Killer”! 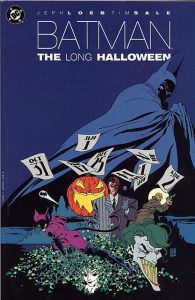 In the Variety article, they make mention of actress Juno Temple (Year One) that is being sought after to play a “street smart gotham girl”.  I’m thinking Batgirl or a female Robin.