Actor Alan Rickman Is On Board For Coen Bros. Scripted Remake of “Gambit”!!! 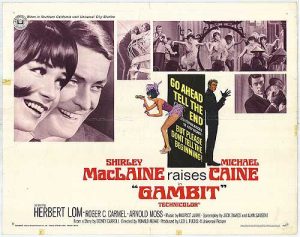 Several years ago, the Coen Bros. wrote a script for a remake of “Gambit”.  As of right now, they are not attached in any way, shape, or form to this film, other than their initial script they wrote.  However they already have a director to helm this project which is Michael Hoffman.  He directed the amazing film, “The Station Agent”.

If you haven’t seen the original film that starred Michael Caine and Shirley MacLaine, then you should definitely purchase the film.  It is about a thief and his showgirl accomplice who plan to steal a priceless work of art from a very rich man.

Now they have cast oscar winner Colin Firth as the Michael Caine role which is AWESOME.  But they have cast Cameron Diaz has the Shirley Maclaine role.  Uggghhhh.  Now she does fine in films like Charlie’s Angels, but not quality films.  Terrible decision.  And for the best news….BADASS Alan Rickman has been cast as the rich guy who owns the priceless work of art.  This is brilliant casting.

I’m excited to see what they do with this.  With  the crew and Coen Bros. script and these actors minus Diaz, i think this will be a solid remake.

2 thoughts on “Actor Alan Rickman Is On Board For Coen Bros. Scripted Remake of “Gambit”!!!”