** Update ** A Limited Edition Stanley Kubrick Set Has Been Announced For Bluray!!! 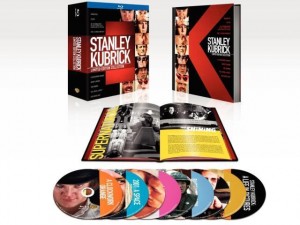 This is such AWESOME news.  Much like Kubrick’s sets before, we will be getting a “Limited Edition” Collectors Set of nine of Kubrick’s films plus the documentary, “A Life In Pictures” all on bluray!!!

Plans are to release this magnificent box set May 31st of this year.  Warner Bros. sure knows how to roll out the red carpet for their titles.

Finally we will get Lolita and more importantly Barry Lyndon (best shot film ever) on bluray.  If Lolita and Barry Lyndon are anything like the hi-def transfers from the previous catalogue titles of Kubrick’s films, then these will be perfection just as well.

Specs have not been released yet, but the set will come with a 40 page hard bound book detailing Kubrick’s films.

Check back for pre-order details.