BRYAN’S MUST OWN BLURAY/DVD’S FOR THE 3RD WEEK OF SEPTEMBER!!! 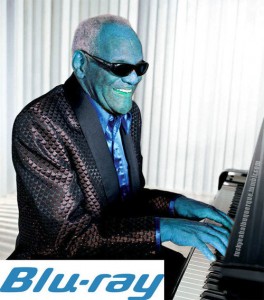 A giant week for releases.  And yes, this is a week late, but better late than never right?  Okay, so let us jump right in and get to all the goodies.  Some of the must own blu-rays include ‘Bridesmaids’, ‘Dumbo’, plus some other goodies.   As usual, in this article, you will get some info about the disc and the extras that come with the movie as well as a personal opinion about the movie and a link to purchase the film over at AMAZON where you can save quite a bit of money, and it will give a small percentage kick back to this site so we can continue bringing you excellent stories and sales.

What a great release to start this column out.  Can’t believe it has been 50 years.  “I’m crazy about Tiffany’s…Nothing very bad could happen to you there!” For the first time ever, this meticulously restored screen gem is available on Blu-ray™. Holly Golightly (Audrey Hepburn) delights audiences as the carefree ingénue searching Manhattan for a dream millionaire to marry. George Peppard plays the struggling, “sponsored” young writer who gets swept away in Holly’s chaotic-yet-enchanting lifestyle. Directed by Blake Edwards (The Pink Panther, Victor/Victoria), this two-time Oscar®-winning film features Henry Mancini’s honored score*, as well as his and Johnny Mercer’s Academy Award®-winning song, “Moon River.”  This gem looks so good on bluray.  Sounds amazing too.  Tons of extras.

Bridesmaids was hilarious.  It’s not my favorite comedy nor is it my favorite comedy of the year, but it has some excellent characters and some laugh out loud scenes.  Melissa McCarthy is GOLD.  She is the reason to watch this movie.  Every time she is on screen, she lights up the room and makes you bust a gut with laughter.  I do recommend this, because it is out of the norm comedy from most of the funny films that come out.  Worth the purchase.

Not the best transfer, but come on….Treat Williams and Joe Piscopo in a horror comedy film.  Roger Mortis and Doug Bigelow are cops that are chasing crooks that are dead serious about crime. Or should I say they are chasing dead crooks perpetrating serious crimes? Seems some nutcase has learned how to bring back the dead and is sending them on crime sprees. Now these indestructable goons are in the way of officers Mortis and Bigelow. To even things up, when Mortis is killed (in the line of duty, of course) he gets a jump start from the Resurrection machine and takes the fight to the zombie bad guys.  Absolutely insane and ridiculous fun.  Do it.

This my absolute favorite all time 2D Disney animated film.  It doesn’t get better than this.  For the first time ever, in celebration of this landmark film’s 70th anniversary, experience the daring adventures of the world’s only flying elephant with a dazzling all-new digital restoration and brilliant Disney enhanced high definition theatre mix sound. The inspirational tale of Dumbo, the courageous baby elephant who uses his sensational ears to soar to fame with the help of his clever best friend Timothy Q. Mouse, will thrill and delight audiences of all ages. And now, the award-winning music and empowering messages about friendship and belief in yourself reach new heights in this must-have Blu-ray high-definition presentation of Walt Disney s animated classic Dumbo!  This is the best this film has ever looked.  So crstal clear and the sound is even better.  Must own definitely.

Criterion rolls out the red carpet yet again.  Of the hallowed group of Cahiers du cinéma critics turned filmmakers who would transform French film history, Claude Chabrol (Les bonnes femmes) was the first to direct his own feature. His stark and absorbing landmark debut, Le beau Serge, follows a successful yet sickly young man (A Woman Is a Woman’s Jean‑Claude Brialy) who returns home to the small village where he grew up. There, he finds himself at odds with his former close friend (Les cousins’s Gérard Blain)—now unhappily married and a wretched alcoholic—and the provincial life he represents. The remarkable and raw Le beau Serge heralded the arrival of a cinematic titan who would go on to craft provocative, entertaining films for five more decades.  The highest quality of release.  Must own.

Criterion knocks it out of the park with Les Cousins on bluray.  In Les cousins, Claude Chabrol (Les bonnes femmes) crafts a sly moral fable about a provincial boy who comes to live with his sophisticated bohemian cousin in Paris. Through these seeming opposites, Chabrol conjures a piercing, darkly comic character study that questions notions of good and evil, love and jealousy, and success in the modern world. A mirror image of Le beau Serge, Chabrol’s debut, Les cousins recasts that film’s stars, Jean-Claude Brialy and Gérard Blain, in startlingly reversed roles. This dagger-sharp drama won the Golden Bear at the Berlin Film Festival and was an important precursor to the French New Wave.  So good.  Must own.

One of the funniest shows on television currently and it just started its third season.  Winner of six Emmy® Awards, including Outstanding Comedy Series, Modern Family is a refreshingly hilarious look at what it means to be a family in today’s hectic, unpredictable world. While fledgling fathers Cameron and Mitchell struggle with learning the ropes of parenthood, long-time parents Claire and Phil try to keep the spice in their marriage amid the chaos of raising three challenging children. Meanwhile, family patriarch, Jay, has more than his hands full with his sexy, spirited wife, Gloria, and her precocious son. Still, no matter the size, shape or situation, family always comes first in this laugh-out-loud, critically acclaimed hit.  I love this show.

I remember seeing this in the theatre and jumping out of my skin several times.  This film is so creepy and tense that I was on the edge of my seat through the entire film.  Those images of dead people n the pictures that people kept freaked me the fuck out.  Still does.  This is one of my favorite ghost story films of all time.  Nicole Kidman is brilliant in this and the kids are just as good.  Watch this to get in spirit for Halloween.  And if you watch this, you might just be afraid to walk down the dark hall at night.  Academy Award © winner Nicole Kidman (The Hours, Moulin Rouge!) delivers an utterly unforgettable performance in this chilling and stylish suspense thriller! While awaiting her husband’s return from war, Grace (Kidman) and her two young children live an unusually isolated existence behind the locked doors and drawn curtains of a secluded island mansion. Then, when three mysterious servants arrive it becomes frighteningly clear that there is far more to this house than meets the eye. Acclaimed by critics everywhere, the unpredictable twists and turns of this compelling hit will keep you guessing!

College kids.  Biker gangs.  Vampires. Strippers.  What could go wrong.  This 1980’s film is one schlocky fun ride.  Make fun of this one constantly.  Love owning these bad movies.  Get it. Love it.  Watch it.  Two fraternity pledges go to a sleazy bar looking for strippers to entertain their college friends. They have problems with transportation, Biker gangs, and worst of all, the staff of the bar, all of whom seem to be vampires, with Grace Jones playing the head vampire.

GODDAMN!!!  PURCHASE THIS FILM.  I really don’t know what to say about this film, but you want to own this film.  You really do.  You will never look at dessert in the same way.  Can’t wait to screen this for my unsuspecting friends.   AWESOME!!

And of course the STAR WARS SAGA ON BLURAY!!! I cannot recommend this pile of shit.  Star Wars is no longer STAR WARS.  It has been raped, tortured, and ultimately killed.  Lucas has gone back and re-done so much from the originals that everyone loved and destroyed his own films.  Yeah they look and sound good, but they are not the same films by any stretch of the imagination.  And what about the box art packaging???  Goddamn young Anakin Skywalker??  You are fucking kidding me?  A terrible fucking kid actor who was in an hour of one movie gets the box art cover?  No Darth or Han?  Fuck you Lucas.  The only thing I can recommend out of this whole saga bluray release is all the extra bonus material which of course is only offered on the whole saga version.  Again, fuck you Lucas.  All the deleted scenes, and behind the scenes features, and specials are all very cool, but if you want this set for the films, you will be disappointed.  Even if Lucas decides to release the untampered original cuts in hi-def on bluray, I really don’t think I could ever enjoy Star Wars as I once did, because let;s face it.  Star Wars has become a joke.  Plus I have always been more of a Star Trek fan.

That’s it for last week.  Now stay tuned for this weeks releases.