“The Invisible Man heads its way to one of the best horror films in years.”

Universal is revamping its classic monster franchise yet again with a new, fresh, original, and scary take on The Invisible Man by writer-director Leigh Whannell (Saw, Insidious). The film takes a different approach to this vintage tale with modern technology and its willingness to explore and invest in its characters more so than relying on redundant jump scares and silly plot tangents. Whannell takes this product seriously while having some fun with its sturdy foundation that H.G. Wells built all those years ago. The Invisible Man is a remarkable horror film that succeeds in every element of filmmaking.

Whannell has come a long way since his first big feature Saw. From there, he went on to write and produce some major motion pictures and even sat in the director’s chair before tackling this big tentpole franchise for Universal. With the support of Blumhouse, Whannell knew exactly the story he wanted to tell while adding all the necessary angles and development to make this a pitch-perfect horror film. It seems like everyone from the actors to the composer was on the same page and hit a home-run. 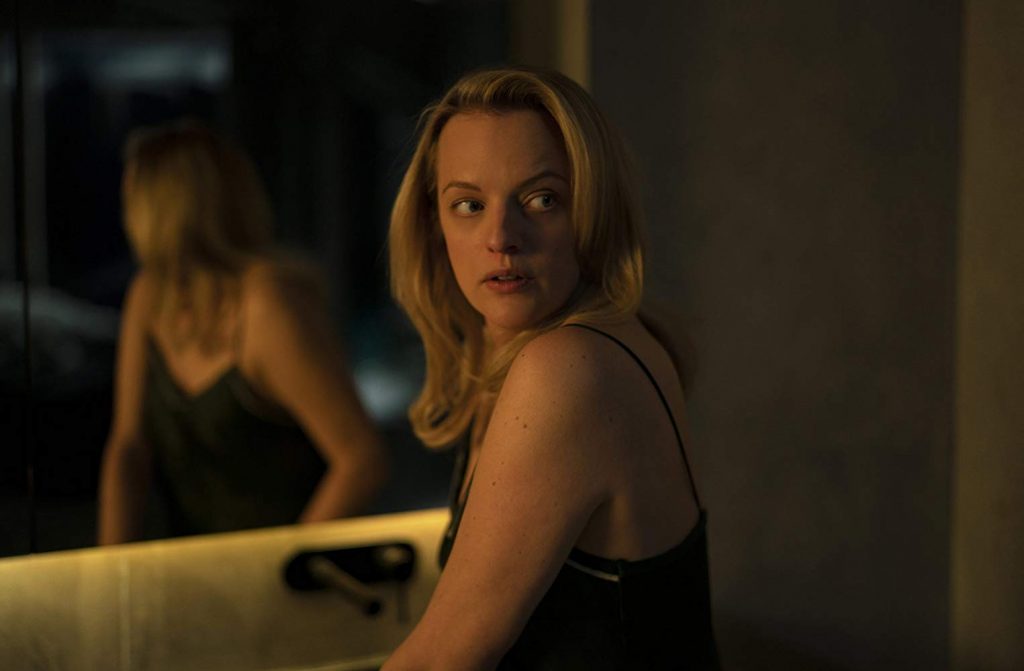 The Invisible Man centers around a woman named Cecilia (Elisabeth Moss), who is married to a billionaire tech guy named Adrian (Oliver Jackson Cohen). In the first scene, Cecilia quietly manages to escape this lavish-modern house-laboratory for reasons unknown, where her sister rescues her just in the nick of time. It’s soon revealed that Cecilia has been severely abused over the years by Adrian and now she has to start a new life far from him in hiding. Not too long after, Cecilia is informed that Adrian has killed himself and that she will inherit a large sum of money. For the time being, Cecilia is safe in her new abode with her friend James and his daughter Sydney.

As time goes on, strange things start to happen to Cecilia. Items go missing, her psyche and physical health start to deteriorate, and she starts to hear unusual things while she’s alone. She soon figures out that Adrian is in fact not dead, but very much alive and trying to torture and ruin her life. This is where Whannell gets creative with his camerawork and how Cecilia deals with an invisible entity and it’s entirely horrifying. 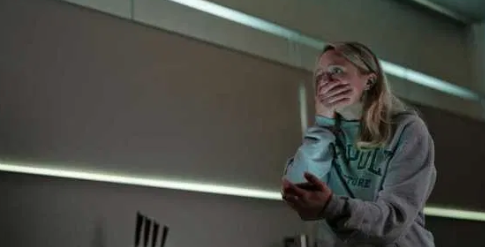 Not only is the horror aspect of someone consistently stalking their prey undetected here, but there is also the underlying idea of people who have been abused or suffered severe trauma that is trying to communicate, but is met with disbelief a large factor in this story. It’s done extremely well and with a terrifying effect. The way Whannell stages some of the fight scenes with Moss and the Invisible Man is phenomenal, by using some truly effective and wonderful camera movements that only heighten the suspense. With the added brilliant, haunting, and pulsating score of Benjamin Wallfisch, and Moss’s nuanced performance, The Invisible Man heads its way to one of the best horror films in years. Moss flawlessly captures the essence of someone who is in distress, frightened, but also has the courage to stand up for herself in an astonishing way, proving she is one of the best actresses out there.

The Invisible Man is the correct step in revitalizing this stale Universal monster franchise. The characters are finally scary-as-hell again and there is enough tender-loving care for each character to invest in to make it all worthwhile.