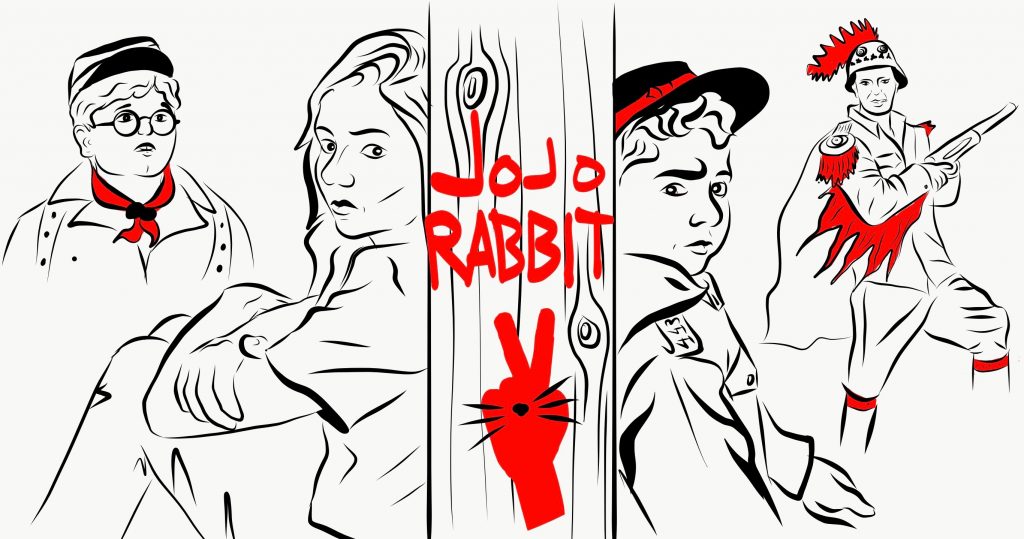 I expected this movie about a young boy named Jojo growing up during the fall of Nazi Germany to be Taika Waititi’s take on a classic Mel Brooks set up. It turns out Taika has not seen ‘The Producers‘ or any of the other Hilter satires that commonly spring to mind when you hear about the initial concept of this film. While often hilarious, ‘Jojo Rabbit‘ takes a different, more earnest direction.

Absent a father figure who is away at war under vague terms, Jojo works through the mental gymnastics required to adopt the fascist ideology with his imaginary best friend Hitler. Played by the writer/director Taika Waititi (Thor: Ragnarok, Hunt for the Wilderpeople), imaginary Hitler is performed in a completely untethered fashion that bears no resemblance to the historical figure. When he is not eating unicorn meat and living lavishly, he spends his time encouraging Jojo to be the best Nazi he can be and arguing against any thoughts or actions that do not support the Fuhrer.

Sam Rockwell plays a Nazi captain continually dropping through the ranks and given charge of the Hitler Youth camp. Rockwell brings humor while initially as aloof as Willy Wonka, but reveals depth as the story progresses. This is my favorite Scarlett Johansson performance to date. The moral compass of the film, she shows vulnerability, compassion, courage, and incredible strength. An excellent sequence that requires Johansson to impersonate her absent husband as well as her own role conveys an impressive range of emotions. 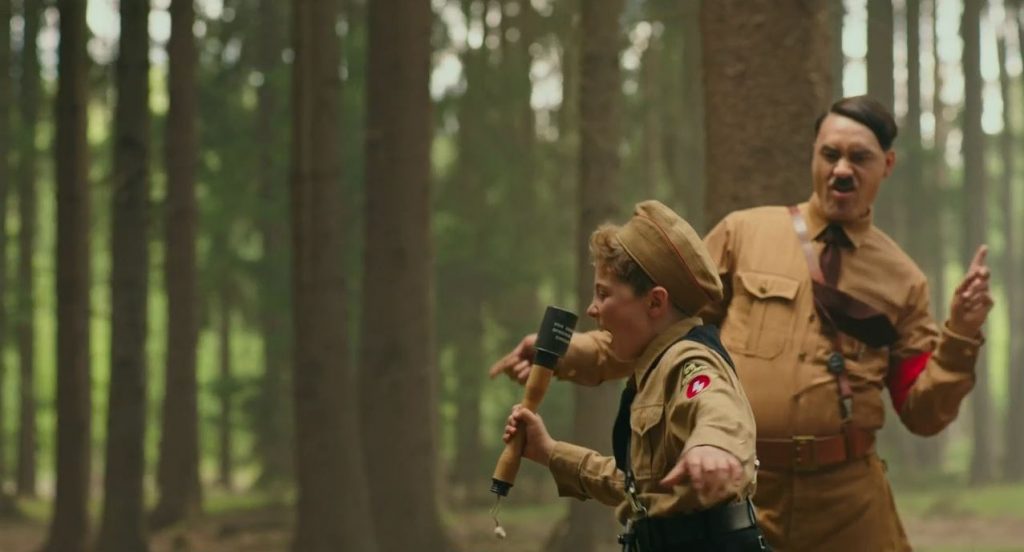 The opening and closing of the movie feature meticulously composed sequences with German covers of pop songs that felt like they were straight out of a Wes Anderson movie. Watching Jojo find confidence and friendship through his blind faith in the Nazi party and the precious pocket knife they have given him is startlingly relatable, though occasionally played for laughs. Seeing the enemy within his own walls go from a cartoonish “other” to a fully dimensional  human is powerful.

Based on the advertising I had seen going in to Jojo, I was expecting a broad farce about the fall of the Nazi party being told through the perspective of a young zealot and his imaginary friend Hilter. What ‘Jojo Rabbit‘ presents is a surprisingly sincere story about growing up, seeing the people in the world around you for who they really are, and deciding who you will become. I never expected a fascist coming of age comedy to leave me in tears, but you should never underestimate Taika Waititi.