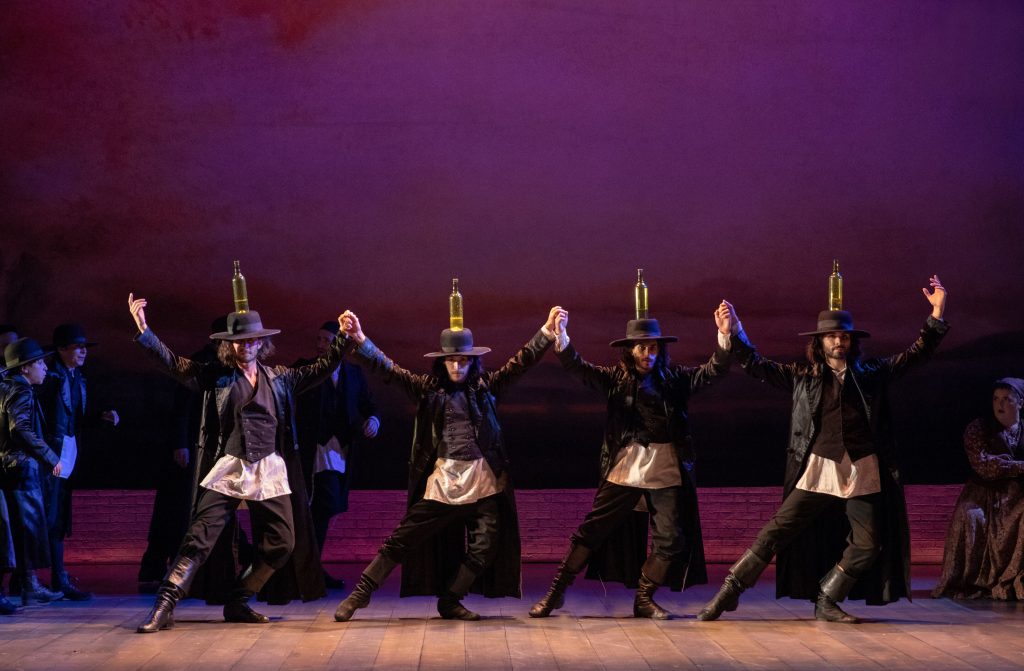 Deep within the settlements of 1905 Russia lies Anatevka, a small village that bursts with, “TRADITION!” For centuries, the structure of the Jewish family and way of life has been the same. The father is the head, the mother is the maintainer, and the children must learn how to be from their parents. Tevye (Yehezkel Lazarov), a poor milkman with five daughters tries tirelessly to support and guide his family. Fiddler on the Roof has been a beloved story, musical, and film for decades. From August 7th through August 18th the Dallas Summer Musicals will bring this fascinating story into action.

Lazarov was a fair Tevye although his performance could have used more spunk. He nailed the joke lines. However, on the dialogue and dance moves the tone felt a bit flat and rushed, especially when it came to my favorite song in the play, “If I Were a Rich Man…,” I was blown away by Jesse Weil’s performance as Motel, Tzeitel’s (Tevye’s eldest daughter, Mel Weyn) love. Weil was a bumbling, nervous, and gentle spirit, which was completely authentic. Another excellent representation was that of the matchmaker, Yente (Carol Beaugard), brilliant from diction delivery to mannerisms. Speaking of the matchmaker, Weyn’s (Tzeitel) mimicking of the matchmaker was excellent. Some of the singing was a bit off in their tone as though the cast members thought it was an opera with their use of vibrato. Lazer Wolf (Jonathan Von Mering) sounded far feeble and old than when Von Mering was initially presented. 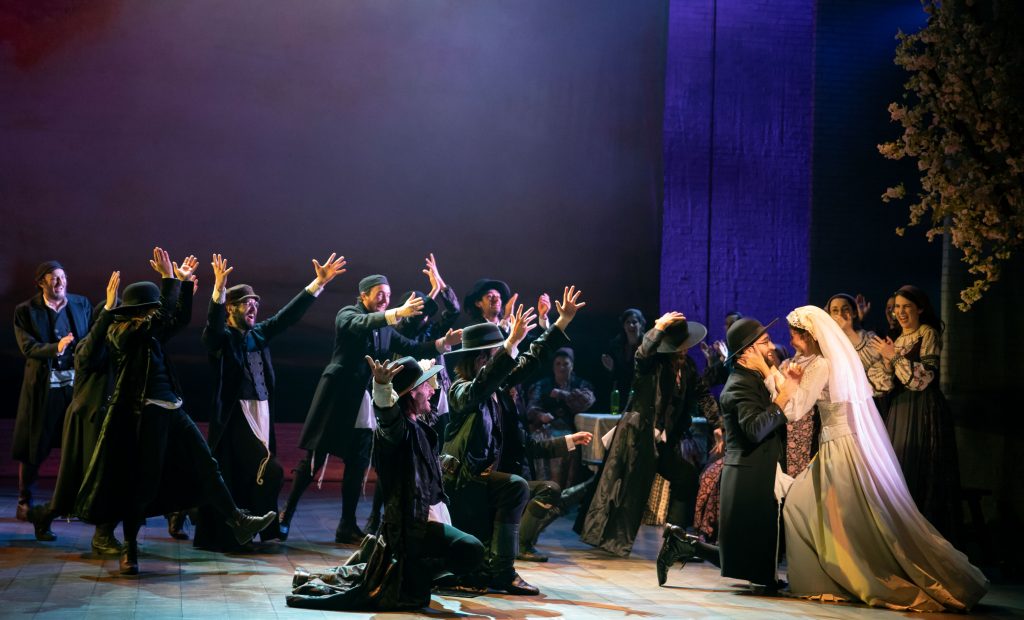 Even with the few hang-ups mentioned above, Dallas Summer Musicals’ production of Fiddler on the Roof was enjoyable and entertaining. My favorite scene from the play is the graveyard scene and DSM did not disappoint. The deceased family members wore creepy extended fingers and hands. Their masks reminded me of aliens. Olivia Gjurich’s rendition of Fruma-Sarah was near perfection except she too suffered from too much vibrato. The set design was unique and gave depth and imagery to the tale. 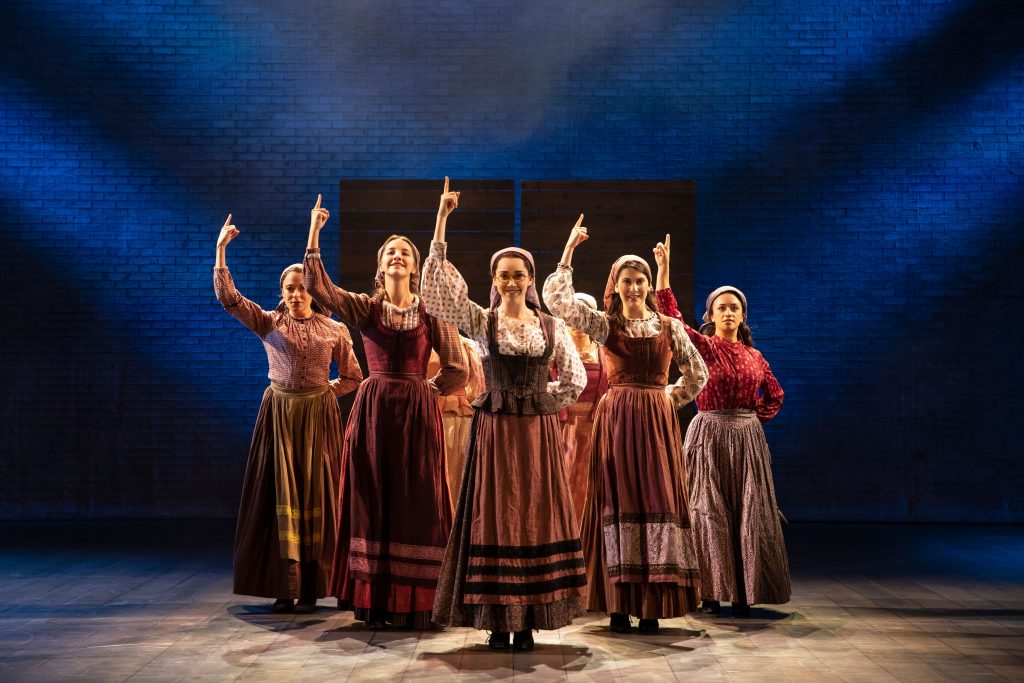 The village was well portrayed with the floating houses and shifting shrubbery, solid illusion. Costume design appeared to be on the up and up until the final scene. Apparently, Tevye went to his local REI and got a modern parka style coat for their exodus of Anatevka. My second favorite scene comes from the bottle dancers, such skill. All in all, the Dallas Summer Musicals’ production of Fiddler on the Roof is an ideal family-friendly musical adventure. This production will run at the Dallas Music Hall at Fair Park from August 7th until the 18th.