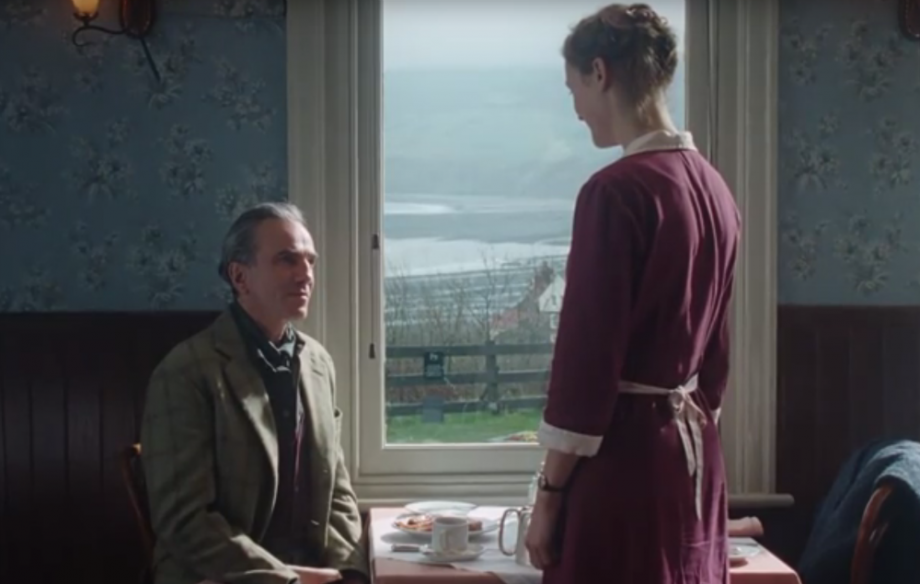 It was a gloomy day when Daniel Day-Lewis announced his retirement from acting in 2017, and watching the curtain close over his final film was bittersweet. But in staying steadfast to his trademark of eloquent and emotional performances, he established once more that he’s a masterful artist. ‘Phantom Thread‘ is a stylishly sophisticated picture interlaced with darkness. Director Paul Thomas Anderson has capsuled the allure of a post-war decade and produced a motion picture any exiting actor would be proud to call their last.

Famed for his craftsmanship, Reynolds Woodcock (Daniel Day-Lewis) lives a structured life as a designer of women’s dresses. Having accepted his self-determined fate of being a bachelor for the remainder of his days, Reynolds is satisfied with letting models briefly serve as his companion and inspiration through The House of Woodcock. But when he meets an iron-willed woman named Alma (Vicky Krieps), she quickly becomes a constant force and unrivaled giver to his demanding work and selfish desire. Both delighted and miffed by this new disruption, Reynolds starts to unravel in more ways than one. 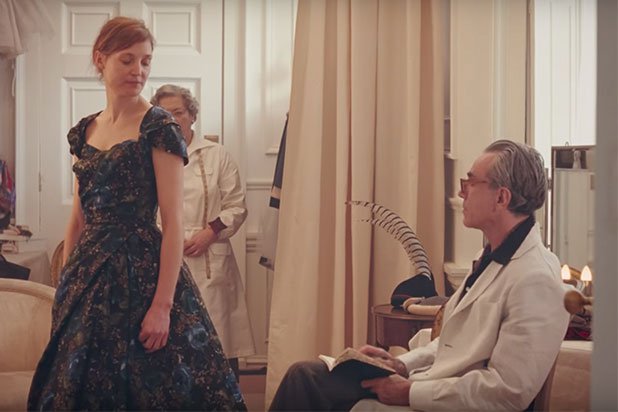 ‘Phantom Thread‘ is passionately savage and poetic. Advertised as a romance, the film gradually peels back its layers and reveals a more mosaic story of preoccupation, supremacy and submission. There’s a distinct communication that exposes the dangers of neglect and underestimating the psyches of others. The delicious grade of character development and searing tension are most of what make this period drama so mesmerizing. Rarely do films explore the more unhealthy and shaded closets of love.

Patiently shot and vivid with detail, there’s also a visual expertise that complements the decadence of fashion, the exhilarating effects of attraction and physical representation of personalities. Whether he’s speeding down roads alone or with a woman by his side, Reynolds is habitually seen taking command of the wheel of his sports car; continuing his path of recklessness. And Alma persistently defies the fussy expectations of a quiet meal by scratching the butter loudly over her toast or noisily filling a glass with water.

There’s an immediate desire for a second viewing, if only to try and understand the reasoning for the abnormal camera angles, hidden meanings and unsettling behavior. Diverse and tailored with the unexpected, ‘Phantom Thread‘ sneakily threads you into a sensual world of beauty and venom. It’s a tortured display of genius that sews outside the lines and gives new meaning to the world is your runway!