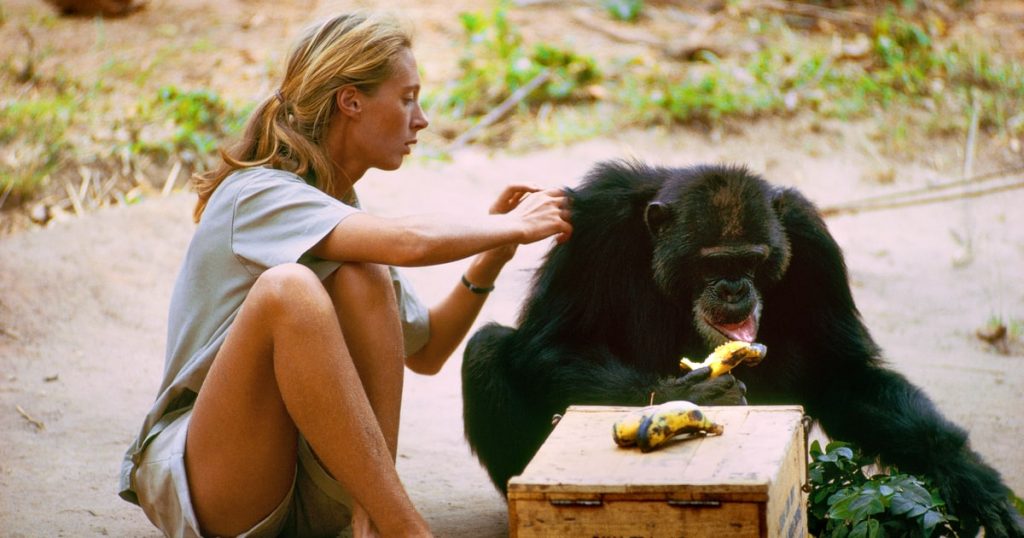 There’s a new documentary from filmmaker Brett Morgen, which means you should pay attention to it and do everything you can to see it. Morgen made the two documentaries ‘The Kid Stays in the Picture‘ and ‘Cobain: Montage of Heck‘, meaning he knows exactly how to tell a compelling story and inform you on the intimacies of his subjects. His newest documentary is simply called ‘Jane‘ and focuses on Jane Goodall and her first foray into the chimpanzee study in Africa. What comes out of this documentary is pure bliss, joy, and wonder as we see a young Jane coexist with the wild chimps, which ultimately brought her to worldwide fame for showing us that we might share more than one or two things with our fellow primates.

A present day Goodall narrates the thousands of hours of never-before-seen footage that shows Goodall’s first steps into the African wilderness and first coming into contact with chimps. With excellent shots of the jungle and forests, spanning miles, Goodall set up camp, basically by herself and just watched these chimpanzees from afar, trying to get closer to them every day. Sooner than later, Goodall beings to realize a lot of the same mannerisms and emotions from humans that the chimpanzees emote, such as sadness, jealousy, happiness, and nurturing. 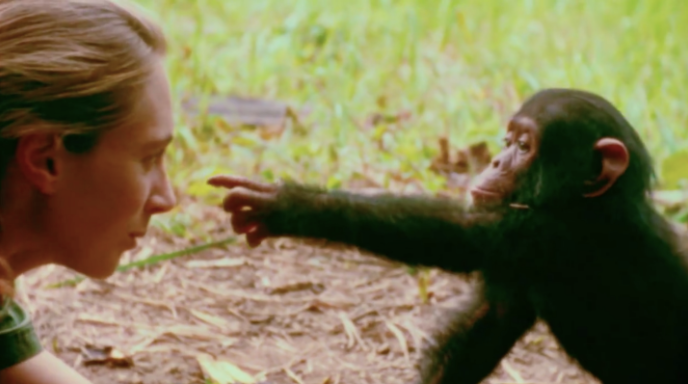 In addition to that, Goodall notices that the chimps are able to create tools, weapons, and modify them to survive. It’s quite fascinating. When this was happening in the 1970s, Goodall would send her notes and footage to the right people that would spark debate, praise, and criticism from all aspects of the world. Not only does this documentary show the work of Jane, but also about her personal life, including her first marriage and her child, which of course she takes some of her cues from the chimps in the camp. It’s all told in this beautiful and elegant way that shows the ups and downs of Goodall’s personality and work.

Needless to say, it’s something you want to be a part of, for she has lived a life like nobody else has. Basically, ‘Jane’ shows us how a normal British girl, with a passion for the outdoors and animals, but with no college degree, went to Africa and just watch chimpanzees and taught the world the link we share with them. Before Goodall, this hadn’t been done before, which is all the more powerful. ‘Jane‘ is a magical documentary that takes you on a personal journey of one of the greatest people to ever walk the earth. A must-see.