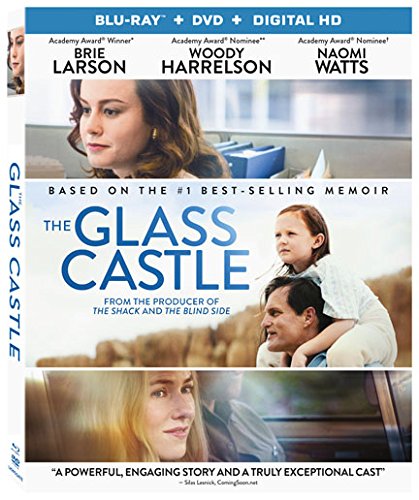 You probably have heard the name Jeannette Walls. She is a journalist that was known for her Gossip column for MSNBC, but she is now known world-wide for her amazing novel ‘The Glass Castle‘, which was a memoir about her life growing up with her dysfunctional family. Her novel stayed on the Best Seller list for 261 weeks. If you think about that’s about four years and yes, it’s that good. Of course, Hollywood made a movie about it, which was directed by the amazing Destin Daniel Cretton (Short Term 12) and starred Brie Larson, Woody Harrelson, and Naomi Watts.

Walls had a very heavy hand on set, as a consultant during the making of the movie, which worked in everyone’s favor. The amount of detail these actors delivered from these real people is simply phenomenal, and I bet will be nominated for Oscars. Cretton himself perfectly showed this family in different times in their lives, some where very bad, while some were very good. It’s seen through the eyes of Jeanette at different ages as her parents (Harrelson and Watts) live the life of wanderers and homeless people for the most part.

Jeannette had some siblings as well who went through these trying times with her, as all is covered in this wonderful movie. What works so well here as that we see Jeannette’s father (Harrelson) as her key ingredient in her happiness as well as her sorrow and anger. The have a special bond for sure and we have a front row seat to all of the horrible things he does. But we also see the good in him too, which makes us forgive and love him all the better. It’s a very sweet movie that goes back and forth in time as Jeannette narrates this story and perhaps gives some insight on who she really is.

We see her engaged to a wealthy young man, living the life of luxury in a swanky penthouse in New York, while working at a big job, but underneath all of it, she’s very unhappy. She misses the chaotic, hillbilly life she was so trying to escape for years. Brie Larson really turns in a good performance here as well as Naomi Watts, playing her mother, who only wants to help and stand by her man.

The real spotlight is on Woody Harrelson as he deserves all the awards here. His character really goes through some tough times and even deplorable ones at that. But then, he completely redeems himself in an instant. It’s almost as you know he wants to do well, but he’s his own worst enemy. Harrelson’s mannerisms and facial ticks are insanely good here. ‘The Glass Castle‘ can pull on the heart strings and can be a bit cheesy here and there, but it’s all part of the experience and is never on the verge of being bad for it. You’re gonna fall in love with this family for sure.

The Video: ‘The Glass Castle‘ comes with a 1080p HD transfer and is presented in 2.40:1 aspect ratio. The film looks great in its digital capture with good detail and color. I wouldn’t say the movie has a ton of depth or any grain, visually to give it a filmic look, but it also doesn’t have the sheen of a digital car wash either. Detail showcases good closeups that reveal the scraggly hairs on Woody Harrelson’s head and the textures in the worn out clothing. The old, run down houses showcase the grime, dirt, and fallen down wood quite well too.

Wider shots never go soft and look great with background props and set design. The colors are natural and vibrant, especially in the exterior shots in sunlight. The green grasses and blue skies look incredible as well as the deep brown house they live in, through part of the movie. There are some filters used here in there for flashbacks that five the image a yellow tint, but it doesn’t really hinder the viewing experience. The black levels are deep and inky and the skin tones are natural at all times. Lastly, there are no compression issues to speak of.

The Audio: Oddly, this release comes with a Dolby TrueHD 7.1 track, instead of the DTS-HD 5.1 mix, which we see a lot. In fact, this is a movie that’s mostly dialogue driven and a drama to boot, so there isn’t really a lot of action either, let alone gun shots really. What we get is a well-balanced sound design that picks up the sound effects quite nicely.

I’m of course referring to the revving of car engines, stuff being thrown out of a house, city life, as well as nature pouring out of the rear and surround speakers. The score is lively and always adds a rather upbeat feeling to each scene. The bass does kick in with some heft when cars run, but other than that, it’s rather dormant. Dialogue is clear and easy to follow along with and free of any pops, cracks, hiss, and shrills. 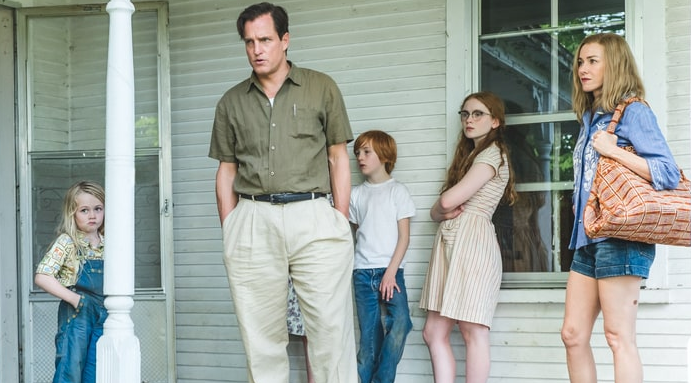 The Glass Castle: Memoir to Movie (HD, 26 Mins.) – This is a fantastic behind the scenes featurette that features the cast and crew, as well as the real life Jeannette Walls talking about making the movie. They cover the casting, locations, and adapting the true life events, which can get emotional at times. Excellent watch.

A Conversation with Jeannette Walls (HD, 16 Mins.) – This is or more or less the same as the above extra, but all led by Walls.

Making of Summer Storm by Joel P. West (HD, 4 Mins.) – This focuses on the song made for the film.

Scoring the Glass Castle (HD, 4 Mins.) – A short extra on the music of the movie.

Deleted Scenes (HD, 10 Mins.) – A collection of scenes that are worth watching for sure, but don’t add any real element to the film as a whole. 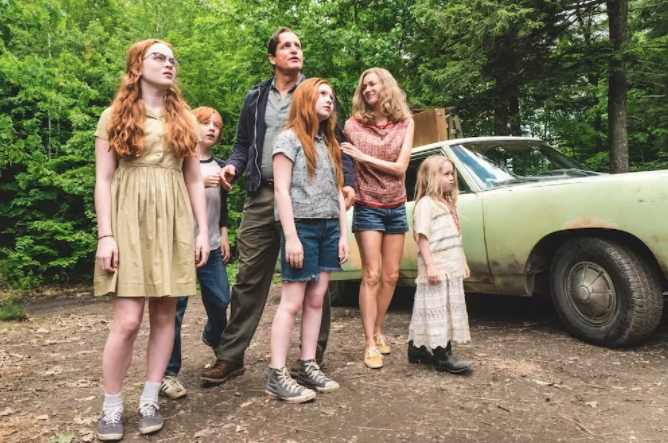 ‘The Glass Castle‘ is a fantastic film with wonderful performances. You’re gonna want to see it and perhaps show it to other people. It rally grows on you. Woody Harrelson will win awards for sure. The video and audio presentations are both good and the extras are definitely worth watching here. Highly Recommended!