‘Acts of Vengeance’ is coming to Blu-ray with Antonio Banderas! 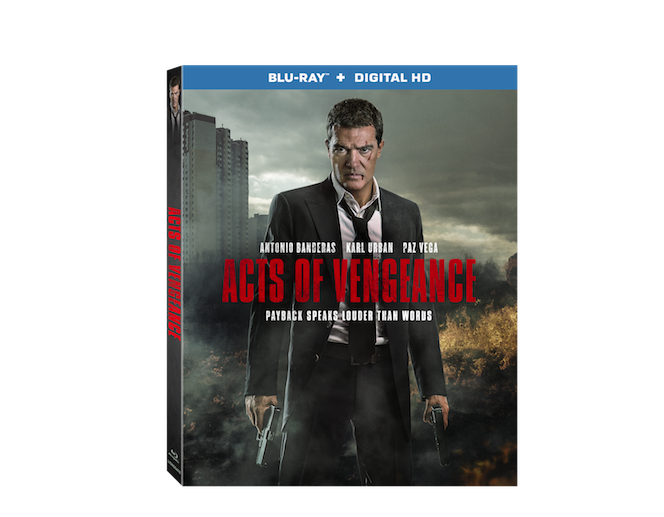 Antonio Banderas gets silent and kills everyone in ‘Acts of Vengeance‘, which comes to Blu-ray and Digital Streaming on November 28th. Banderas has always been a fun actor, delivering excellent performances in the action, dramatic, and comedy genres. It’s a short (87 minute) violent action film from director Isaac Florentine. Looks to be on one extra available on this one. Oh yes, Karl Urban is in it too.

A fast-talking lawyer (Antonio Banderas) transforms his body and takes a vow of silence, not to be broken until he finds out who killed his wife and daughter, and he has his revenge.