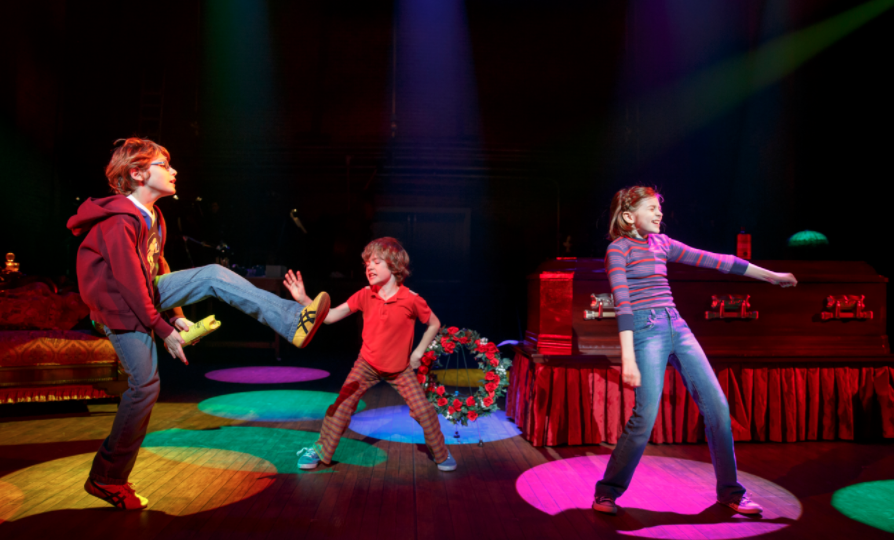 ‘Fun Home‘ won Best Musical at the Tony awards in 2015 and is now on the traveling road circuit across America. With a great message, good performances, and a couple of good songs, ‘Fun Home‘ is enjoyable, sweet, and tragic, but maybe not the big award winner it was a couple of years ago. In fact, I think this story would’ve been better told in a more intimate setting, and not the big amazing theatres it’s been playing at. With a very simple set and a very intimate story, I never really felt a sense of connection. ‘Fun Home‘ is a coming-of-age story of a woman who comes out as a lesbian and her gay father who struggles with his current family and coming out of the closet.

Based on the graphic novel-memoir by Alison Bechdel, the story is told in three different time lines with the successful present day Alison standing in on every scene, narrating the emotions and thoughts of her younger self growing up with her two brothers and parents, as well as her college experience, where she finds herself and her first love with a woman named Joan. We follow Alison as she navigates to find a connection with her father, who is a professor and runs a funeral home, which completely reminded me of HBO’s ‘Six Feet Under’. Her father Bruce seems like a good man, and for the most part he is, but he is so shut off, because he refuses to acknowledge who he really is, that it puts him in a deep depression and causes him to lash out at his family. Even his wife knows the real him, but he can’t come to terms with it. 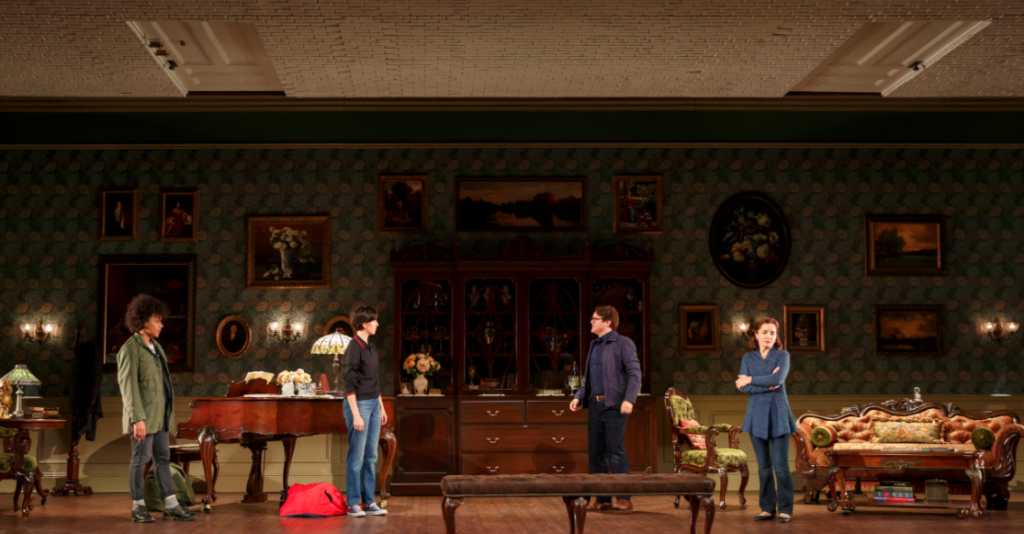 Throughout the story, Bruce is always trying to fix up and make his house perfect, which I imagine he is trying to do internally with himself, and you can tell with each young man that comes into his presence, he is much happier. Perhaps the best spot of the show is a musical number called Come to the Fun Home, which features the young Alison and her young brothers, making a fake commercial for their father’s funeral home, which takes all the darkly comic commercial traits from ‘Six Feet Under‘ (makeup products for the dead, types of caskets), and injects them into a 1970’s catchy soul song that The Jackson Five could have performed. It’s one of the liveliest songs of the show.

Another great musical number comes with the college freshman Alison, where she sings about changing her major to having sex with her new love, Joan. It’s funny and sincere all at the same time. Perhaps the most powerful number comes at the end, where Alison has the last conversation with her father and tries to connect with him. Since all is revealed in the opening minutes of the show, it hits us even harder when Alison pleads for a connection. It’s well done for sure. One character who is underused for sure is Alison’s mother, who has a good number about losing the best years of her life, taking care of a man, who is not happy, but it still keeps the focus on Alison and Bruce. 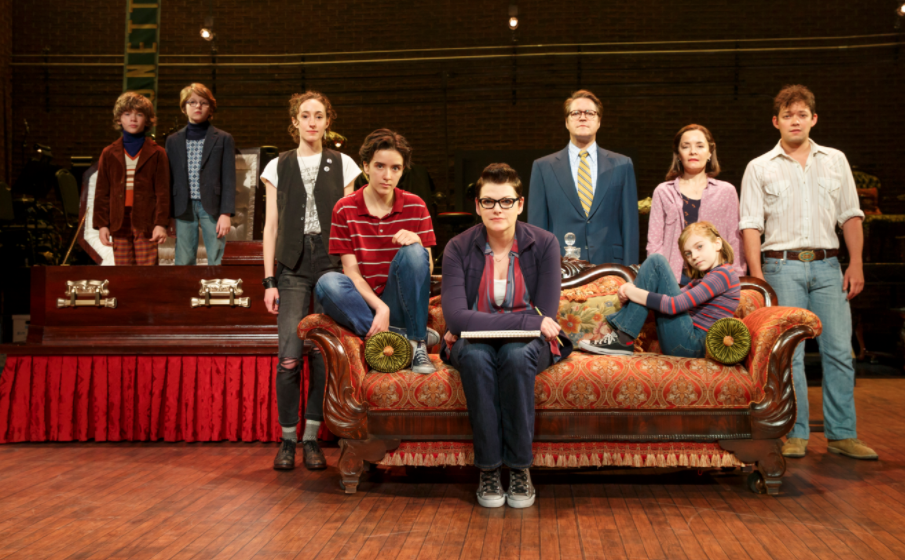 You won’t see fancy sets, big spectacles, or a ton of dance numbers here with this musical, but in return, you get a ton of  sincere emotions, kindness, and humanity that goes a long way. It’s a fantastic story that will make you cry, laugh, and tap your foot from time to time. It’s a good, original gem in a sea of big productions.

NOW PLAYING AT THE WINSPEAR OPERA HOUSE IN DALLAS THRU THE 24TH!