New Trailer for The Disaster Artist is here! 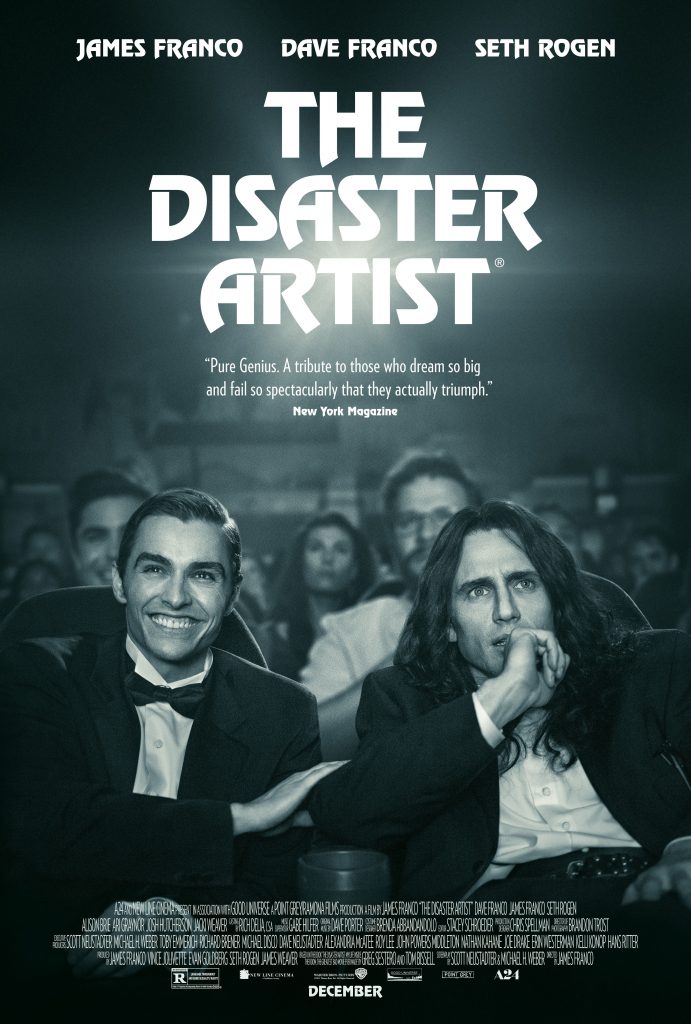 ‘The Disaster Artist‘ premiered to a theater full of laughter and standing ovations at the Toronto International Film Festival’s Midnight madness. In the wake of such triumph, we’ve got a full trailer for the true story from director James Franco.

The film follows the making of “The Greatest Bad Movie Ever Made” – ‘The Room‘. Based on Greg Sestero’s best-selling tell-all about an aspiring filmmaker and infamous Hollywood outsider Tommy Wiseau. ‘The Disaster Artist‘ is a hilarious and welcome reminder that there is more than one way to become a legend – and no limit to what you can achieve when you have absolutely no idea what you’re doing. The film stars Dave Franco, James Franco, Seth Rogen, Ari Graynor, Alison Brie, Jacki Weaver, and Josh Hutcherson, and comes to theaters December 1, 2017.