‘The Man From Earth: Special Edition’ comes to DVD In November! 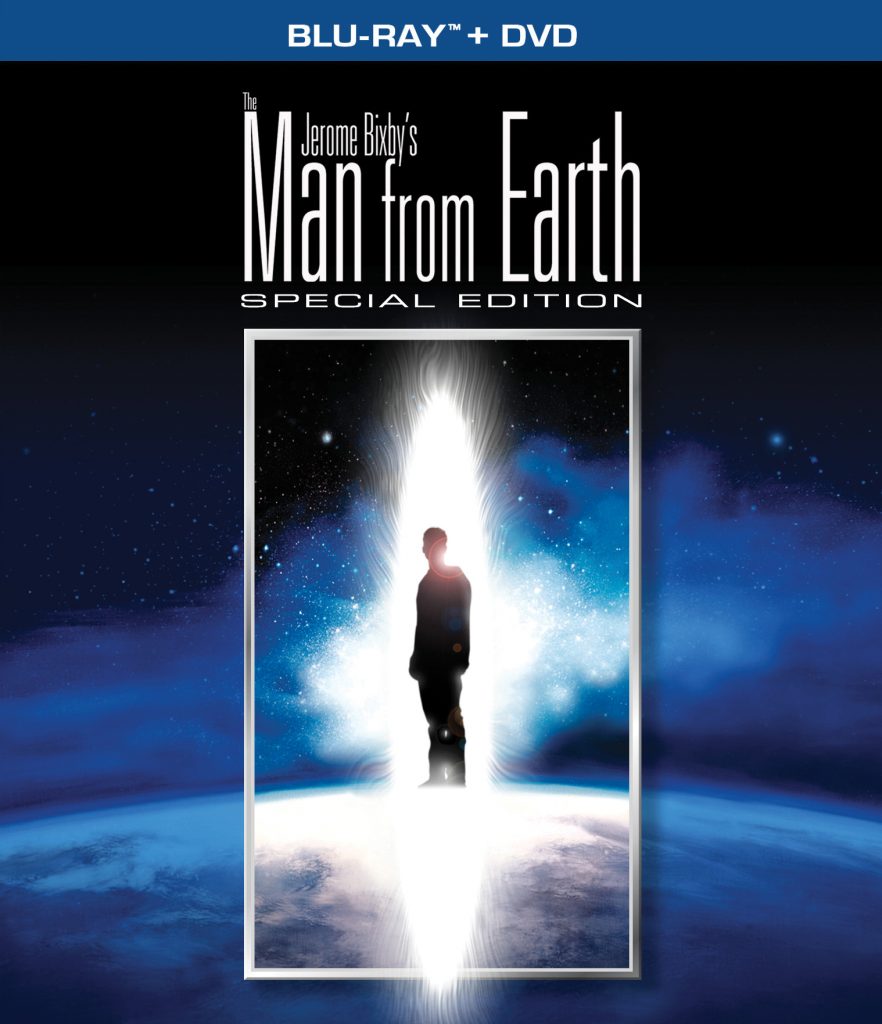 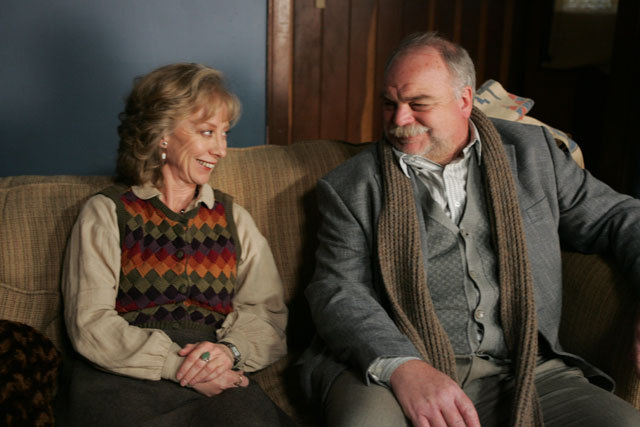 ‘The Man From Earth‘ is the provocative final screenplay by renowned science fiction author and screenwriter Jerome Bixby (‘Star Trek‘, ‘The Twilight Zone‘, ‘Fantastic Voyage‘, ‘It! The Terror From Beyond Space‘) and tells the story of a mysterious professor named John Oldman (David Lee Smith). During a cold night in a remote cabin, an uneventful, impromptu goodbye party for Oldman becomes something extraordinary when he makes a prodigious announcement: He is an immortal who has migrated through 140 centuries of evolution and now must move on. Is Oldman truly Cro-Magnon or simply insane? Now one man will force five scholars to confront their own notions of history, religion, science and humanity, all reading to a final revelation that may shatter their world forever. Bixby’s script explores themes first presented in the classic season three ‘Star Trek‘ episode ‘Requiem For Methuselah‘. He began work on the script in the early 1960’s and completed it on his death bed in 1998. 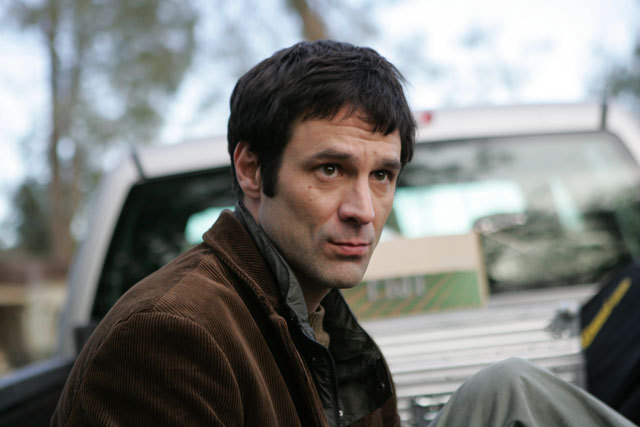 A decade after its initial release ‘The Man From Earth‘ has become a world-wide cult classic and has become a favorite film among fans of the genre. The film currently ranks among the top 50 science fiction films of all time on the IMDb, was selected by AOL’s “Sci-Fi Squad“as one of the Top 10 “Best Science Fiction Films of the Decade” (2000 – 2009) and was nominated for a Saturn Award by the Academy of Science Fiction, Fantasy and Horror Films in 2008. The movie’s success has spawned a sequel, ‘The Man From Earth: Holocene‘, which is scheduled for release in theaters Fall 2017.

Regarding the film’s popularity, Director Richard Schenkman muses “The idea that The Man From Earth would become someone’s favorite movie of all time, and so many people’s favorite movie of all time, is just amazing. It really is one of your fondest goals when you become a filmmaker, to have your movie seen. And God knows it’s been seen, it’s been seen millions and millions and millions of times. Given the phenomenon it has become over the last decade, I was compelled to go back and revisit why this film has touched so many people over the years and was the inspiration for the brand new, feature length documentary I directed called ‘The Man From Earth: Legacy‘, which will be included on the new Blu-ray and DVD as an exclusive feature”.

Regarding the movie’s special edition release, the producers have prepared an all new HD master which improves upon the previously released versions on Blu-ray and DVD. Jerome Bixby’s ‘The Man From Earth‘ was originally shot on MiniDV (digital video) in January 2006 before the proliferation of high definition filmmaking. This new edition contains a high definition, newly remastered version of the film approved by the filmmakers which was completed using an up-conversion process from the original 172,800 pixels per frame MiniDV camera tapes to 2,073,600 pixels per frame of Full HD. The original DV 30 Mbps 29.97fps media was converted to a new ProRes 422 HQ 220 Mbps source at 24 fps for more cinematic motion and for more control and manipulation of the picture during an all new color correction process, with each shot meticulously noise reduced, sharpened, and detail enhanced.

Blu-ray and DVD Special Features:
Combo pack with will include both the High Definition Blu-ray (1080p) and Standard Definition DVD presentation (1.78:1) of the main feature
Original 2.0 Stereo Audio (Uncompressed PCM on the Blu-ray) and Dolby Digital 5.1 mix
BRAND NEW feature-length retrospective documentary “The Man From Earth: Legacy” (HD, 88 mins) chronicling the history and the phenomenon of the film with all-new interviews with the director, producers and the cast
Audio Commentary with Producer / Director Richard Schenkman and Actor John Billingsley
Audio Commentary with Executive Producer Emerson Bixby and Author / Sci-Fi Scholar Gary Westfahl
“From Script To Screen” (2007 featurette) [2:15, SD]
“Star Trek: Jerome Bixby’s Sci-Fi Legacy” (2007 featurette) [3:28, SD]
“On The Set” (2007 featurette) [4:00, SD]
“The Story of the Story” (2007 featurette) [2:13, SD]
Original Theatrical Trailer [SD]
The Man From Earth: Holocene Teaser Trailer [HD]
The “mini-short” film “Contagion” (2016) [:30, HD] from the producers and director of The Man From Earth (Richard Schenkman and Eric D. Wilkinson) starring William Katt.
Before / After comparison of the brand new HD digital restoration of the feature film.
Photo Gallery