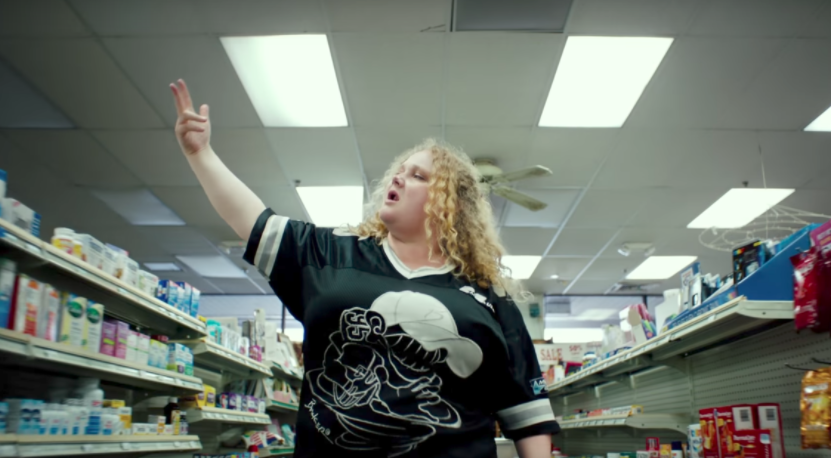 Step aside, Detroit. It’s Jersey’s time to rhyme! Straight out of the slums of suburbia, music-video Director Geremy Jasper serves up his feature film debut with ‘Patti Cake$’, a fresh princess tale of a maverick white rapper, Killa P, a.k.a. Patti (Danielle Macdonald). Pining to get away from her grungy surroundings and struggling family life, Patti sets off on a journey for a piece of the limelight with an unlikely pair. Perfectly mixed with a memorable soundtrack, wit and style, ‘Patti Cake$‘ manages to commend the craft of a genre that’s rightfully earned its place in Americana, while concurrently challenging the notions of race in music.

Caterer by day and bartender by night, Patti is weighed down with the financial responsibility of helping her alcoholic mother, Barb (Bridget Everett) provide for her sick Nana (Cathy Moriarty). Frequently found holding back her mother’s hair while she vomits in the toilet after a karaoke binger, Patti finally reaches her limit and decides she’s ready for a change. With the help and encouragement of her fellow rapper and best friend, Jehri (Siddharth Dhananjay), they start observing open mike nights. And just like in ‘8 Mile‘, Patti and Jehri bring their spitting skills to the streets and try to gain credibility the original way. 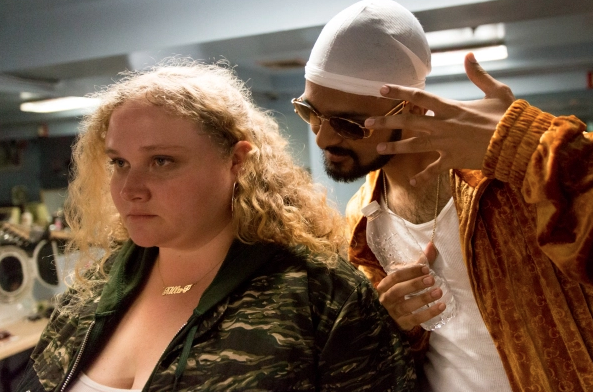 But after a recording session that Jehri orchestrates goes awry, and cruel reception from townies play with her confidence, Patti nearly gives up until she comes across an anarchist musician, Bob (Mamoudou Athie), whom she had seen at a previous open mike night. In a humorous turn of events, we find Nana recording back-up vocals in Bob’s satanic shack, cigarette in mouth, while they collectively create their debut album and call themselves P (Patti) B (Bob) N (Nana) J (Jehri).

There’s a detectable tie-in of the color green throughout the picture. From the great and powerful rapper ‘OZ’ that Patti worships, to the emerald clouds that she soars up to while listening to her transforming  tunes, the visuals are an almost symbolic warning of the dangers that come with envy, glory and fame. The film also touches on the subject of music without borders, and endearingly showcases characters that supersede the ideals of a close-minded society. But just as the movie becomes crushingly dramatic, a dash of humor is thrown in for equal measure. 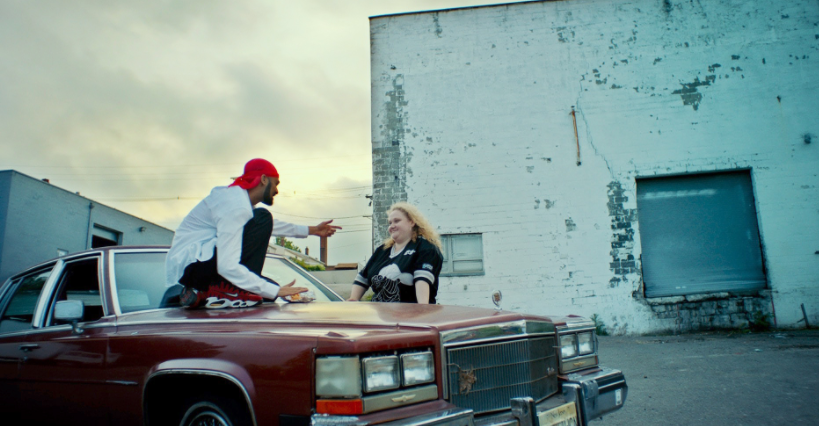 ‘Patti Cake$‘ is righteous and raw! It’s a rebellious drama of tough love and individualism that doesn’t miss a beat and doesn’t disappoint!