Close Encounters of the Third Kind is coming to 4K UHD!

I’m so excited that Steven Spielberg’s film catalogue is coming to 4K UHD. On September 19th, his famous alien film Close Encounters of the Third Kind will be released with a new 4K restoration in a 3-Disc edition with all-new bonus features. There is a collectible Limited Edition Giftset that will have illuminated packaging and actually play the 5-tone song that the aliens communicate to Earth. There is a big booklet included too along with all three versions of the film, being the theatrical cut, the Special Edition, and the Director’s Cut.

Official Synopsis: In addition to the legacy bonus materials, the CLOSE ENCOUNTERS OF THE THIRD KIND Blu-ray comes with new bonus content, including rare, never-before-seen home movies and gags from the set, and the all-new featurette “Three Kinds of Close Encounters.” This featurette includes a new interview with director Steven Spielberg on the legacy of the film, as well as new interviews with directors J.J. Abrams (Star Wars: The Force Awakens) and Denis Villeneuve (Arrival) on the impact of Close Encounters.

CLOSE ENCOUNTERS OF THE THIRD KIND is presented with an all-new 4K restoration, fully restored from the 35mm original camera negative, thereby utilizing in 4K the full resolution, detail and color depth inherent in the film. 4K Ultra HD brings the full power of this restoration into the home, featuring four times the resolution of high definition, high dynamic range (HDR)–which produces brilliant highlights, vibrant colors and greater contrast on compatible displays. The Blu-ray will also utilize this new restoration at HD resolution. Both 4K Ultra HD and Blu-ray versions will feature all three versions of the movie and the original restored 5.1 DTS-HD MA audio. 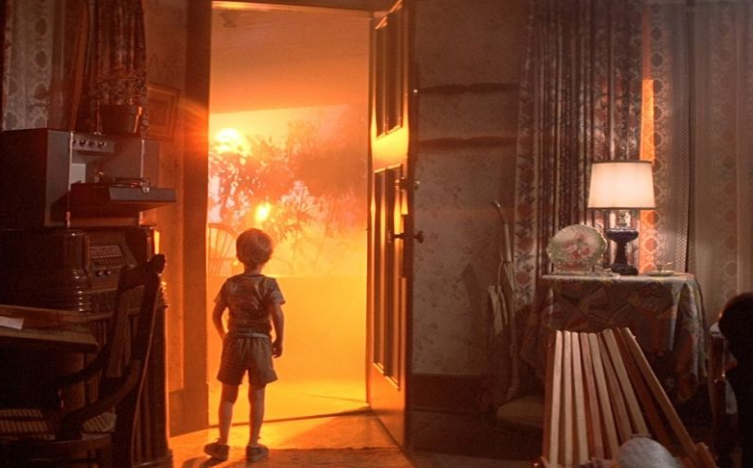 Synopsis:
After an encounter with U.F.O.s, a line worker feels undeniably drawn to an isolated area in the wilderness where something spectacular is about to happen.

Written and Directed by Steven Spielberg, CLOSE ENCOUNTERS OF THE THIRD KIND was produced by Julia Phillips and Michael Phillips.