The Flash Season 3 Runs to Blu-ray! 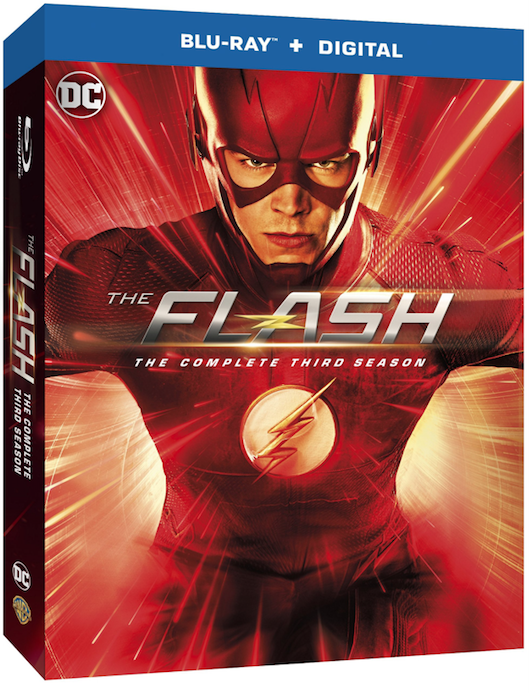 The CW is releasing The Flash Season 3 on Blu-ray on September 5th, 2017. All 23 episodes will be available, along with tons of cool bonus features. I must say that this television show is one of the better DC Comics superhero shows out there right now. Below you can find out all the information about the extras and tech specs for this release. Enjoy and don’t forget to pre-order.

Official Release: Just in time for the fourth season premiere of the #1 show on The CW,catch the fastest man alive as he zigzags through the action-packed release of The Flash: The Complete Third Season from Warner Bros. Home Entertainment on Blu-rayTM and DVD on September 5, 2017. Fans will be able to revisit all 23 electrifying episodes from the third season, including the DC-crossover episode, plus over two hours of extra content, including behind-the-scenes featurettes on the “Invasion!” cross over episode and the “Duets” musical episode, a conversation with Andrew Kreisberg and Kevin Smith,  deleted scenes, and more. 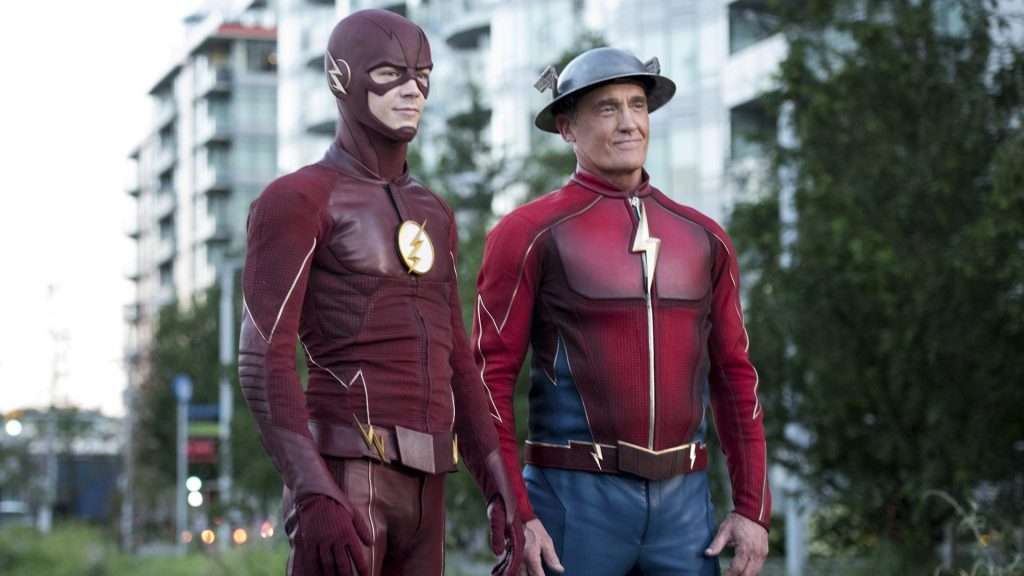 Struck by the supercharged fallout of a particle accelerator explosion, forensic scientist Barry Allen becomes the fastest man alive:  The Flash!  With his newfound time-warping speed and help from the S.T.A.R. Labs team – Caitlin Snow, Cisco Ramon and Harrison Wells – and his adoptive family, Detective Joe West and Joe’s daughter Iris, the Scarlet Speedster runs circles around other metahumans set on wreaking havoc in Central City, while traveling between alternate universes and protecting our world from otherworldly threats.  Last season, new dangers arrived from a parallel earth known as Earth-2, under the direction of an evil speedster named Zoom.  In Season Three, Barry faces the unknown – as he irrevocably alters the timeline by saving his mother from the clutches of the Reverse-Flash.   The only question now is – as he wrestles with the consequences of his own Flashpoint Paradox, including the wrathful Speed God Savitar – will he be able to find a way out?

With Blu-ray’s unsurpassed picture and sound, The Flash: The Complete Third Season Blu-ray release will include 1080p Full HD Video with DTS-HD Master Audio for English 5.1. The 4-disc Blu-ray will feature a high-definition Blu-ray and a Digital Copy of all 23 episodes from season three.

A Flash in Time: Time Travel in the Flash Universe

Allied: The Invasion Complex (The Flash)

The Flash: I’m Your Super Friend

The Flash: Hitting the Fast Note

Harmony in a Flash

Synchronicity in a Flash

A Conversation with Andrew Kreisberg and Kevin Smith