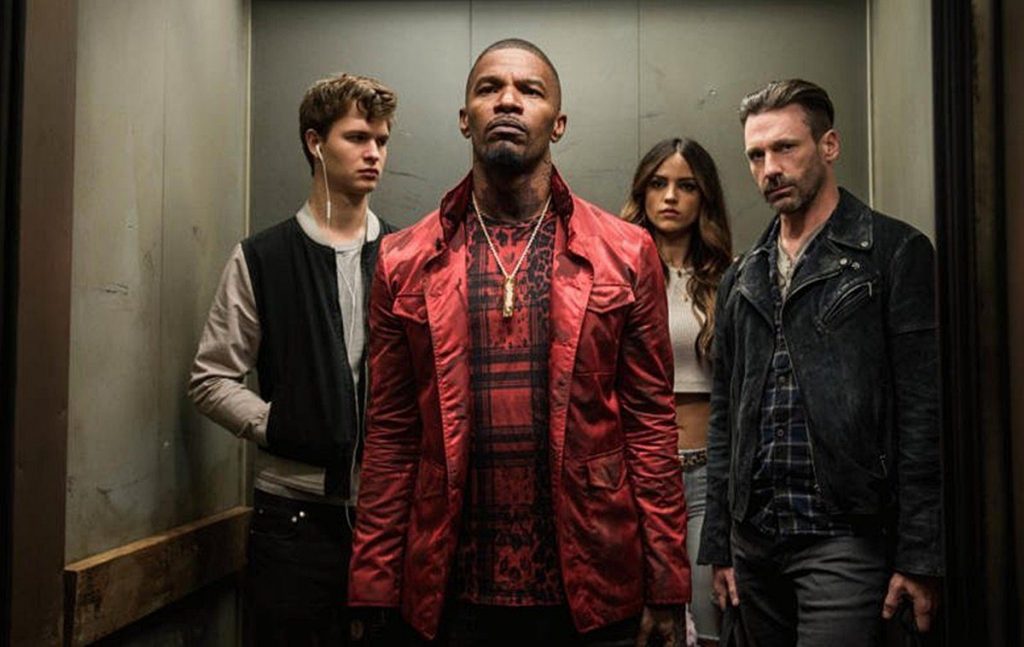 Finally, Edgar Wright has made a musical in the most Edgar Wright way. The film is called Baby Driver and is the most fun I’ve had at the movies all year long. When Wright makes a movie, you shut-up, listen, watch, and have a cold pint, because you’re in for a fun-as-hell thrill ride. With his highly impressive resume of films, including Shaun of the Dead, Hot Fuzz, The World’s End, and Scott Pilgrim vs The World, you quickly know that Wright is one of the coolest, best, and most fun filmmakers alive today.

At one point recently, the British filmmaker was filming Ant-Man for Marvel, but left over creative differences and quickly went to working on this project Baby Driver, which he’s wanted to make for a number of years. Baby Driver does not include a baby that drives or someone who drives a baby around for a living, which may or may not upset you. Don’t worry though, you’re going to be highly impressed with this story and filmmaking that reunites Wright and cinematographer Bill Pope again to bring you a high-octane love story that involves car chases, guns, violence, and tons of amazing music.

Baby Driver centers around a young man named Baby (Ansel Elgort), who listens to music on one of his many iPods to drown out a constant ringing in his head, which in turn makes him the best getaway driver for Doc (Kevin Spacey), who is a criminal mastermind who plans elaborate bank robberies with different bad guys, including Jon Hamm, Jamie Foxx, and Jon Bernthal to name a few. Anchoring this crew of thugs and thieves is Baby, who can out-drive, out-run, and out-think every one. At the heart of the film, this is a love story between Baby and a young woman named Debora (Lily James) he meets at a diner, which is never overly cheesy or cliched in any way.

Wright uses his phenomenal editing style and visuals to tell this amazing tale, but also manages to throw a few surprises at you along the way. Everyone’s performance is fantastic with great dialogue, which I imagine every actor knew they were going to look like a bonafide badass reciting their dialogue in the film, which of course they do. Edgar Wright is a master of shooting action sequences that are fun, thrilling, and witty. There are no quick cuts where you can’t understand what’s happening on-screen like in a Michael Bay movie. Instead, uses longer shots and immerses the camera in the center of the action where you’ll feel like you’re in the passenger seat with Baby himself.

Then there is the music of the film, which is as good as any Tarantino soundtrack, consisting of rock, blues, jazz, and soul. I said at the beginning of this article that Edgar Wright has made a musical. He did in his own fashion with the characters singing along to the songs throughout the film, which perfectly fits into every scene. Baby Driver is the film we want to see released in theaters every week, because it reminds us on just how fun movies can be.