The sequel to the 1996 original ‘Trainspotting‘ film, ‘T2 Trainspotting‘ is being released to 4K UHD, and Blu-ray. The film will debut on digital platforms on June 13th with the actual Blu-ray and 4K UHD discs being released on June 27th. There are some pretty cool extras with audio commentary, deleted scenes, and some behind the scenes bonus features.  I can’t wait for this. Below is the official press release. Enjoy and don’t forget to Pre-order. 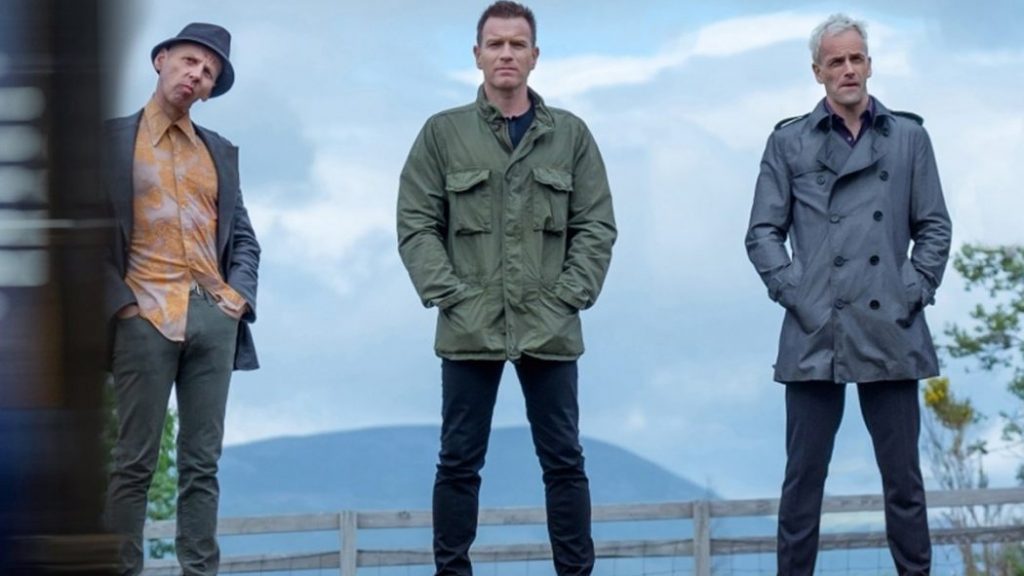 The 4K Ultra HD, Blu-ray, DVD and digital releases of T2 TRAINSPOTTING include over 30 minutes of deleted scenes, commentary with Danny Boyle and screenwriter John Hodge and the featurette “20 Years in the Making: A Conversation with Danny Boyle and the Cast,” where Danny Boyle, Ewan McGregor, Jonny Lee Miller and Robert Carlyle hold a candid and lively discussion about the 20 year journey that brought them full circle with their iconic characters.

Synopsis: First there was an opportunity… then there was a betrayal. Twenty years have gone by. Much has changed but just as much remains the same. Mark Renton (Ewan McGregor) returns to the only place he can ever call home. They are waiting for him: Spud (Ewen Bremner), Sick Boy (Jonny Lee Miller), and Begbie (Robert Carlyle). Other old friends are waiting too: sorrow, loss, joy, vengeance, hatred, friendship, love, longing, fear, regret, diamorphine, self-destruction and mortal danger, they are all lined up to welcome him, ready to join the dance.

Bonus Materials Include:
Deleted Scenes
“20 Years in the Making: A Conversation with Danny Boyle and the Cast” Featurette
Commentary with Director Danny Boyle and Screenwriter John Hodge