Meet the squad when ‘CHIPS‘ arrives onto Blu-ray Combo Pack, DVD on June 27 and on Digital HD on June 13. Dax Shepard (‘Hit & Run‘, ‘Parenthood‘) and Michael Peña (‘Ant-Man‘) star in the action comedy, directed and written by Shepard. 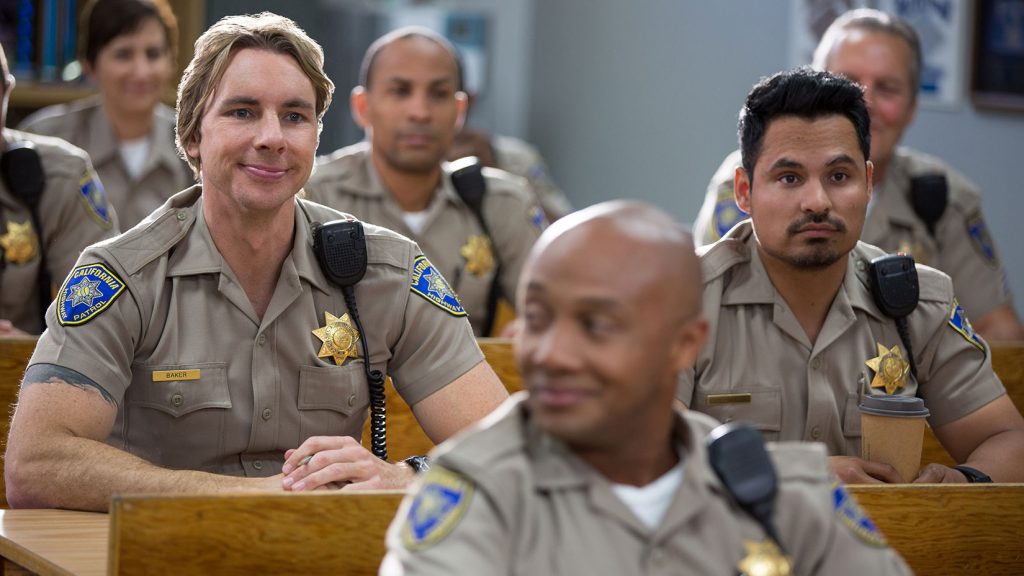 Jon Baker (Shepard) and Frank “Ponch” Poncherello (Peña) have just joined the California Highway Patrol (CHP) in Los Angeles, but for very different reasons. Baker is a beaten-up former pro motorbiker trying to put his life and marriage back together. Poncherello is a cocky undercover Federal agent investigating a multi-million-dollarheist that may be an inside job—inside the CHP.

The inexperienced rookie and the hardened pro are teamed together, but clash more than click, so kick-starting a real partnership is easier said than done. But with Baker’s unique bike skills and Ponch’s street savvy it might just work…if they don’t drive each other crazy first.

‘CHIPS’ Standard Definition DVD contains the following special features:
· This Is Not Your Dad’s CHIPS