‘Bambi’ is coming to Blu-ray for its 75th Anniversary! 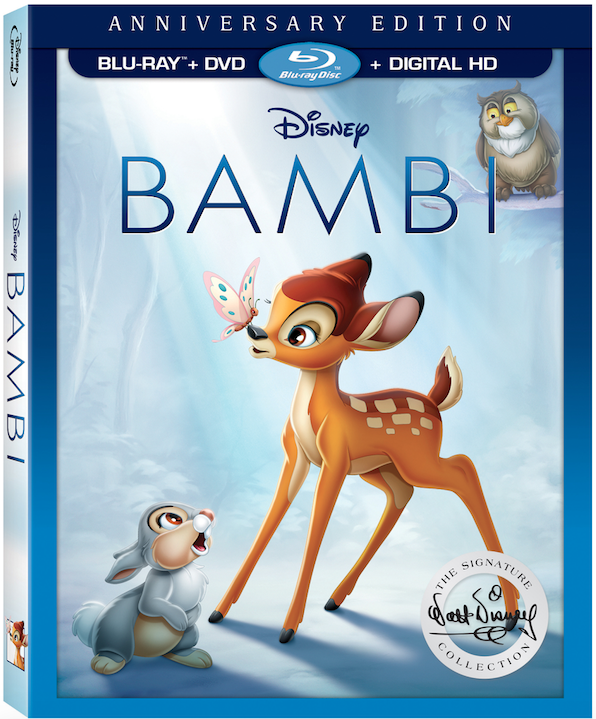 Has it really been 75 years since that little deer went on an adventure and captured the hearts of the millions…..and millions of people. Yes it has. Well, Disney is opening the vault again and releasing ‘Bambi‘ on Blu-ray, DVD, and Digital HD. Can’t wait.

OFFICIAL RELEASE: “Bambi,” which celebrates its 75th anniversary this year, joins the Collection on Digital HD and Disney Movies Anywhere on May 23, and on Blu-ray™, DVD and On-Demand on June 6.  The Collection release includes a variety of new bonus material, including recordings of Walt Disney discussing the challenges and triumphs during the production of “Bambi;” deleted scenes and characters; stories and effects that “Bambi” had on the Studio, other films and artists; and much, much more. Additionally, the Digital HD release includes an exclusive, heartfelt feature on the incredible artist, Tyrus Wong, who inspired the film’s soft watercolor backgrounds and beautiful palette.

Designed to bring together visionaries across industries and diverse audiences to celebrate the power of storytelling, it is only fitting that the Tribeca Film Festival serves as the setting for this year’s announcement of upcoming additions to the Walt Disney Signature Collection. This collection includes groundbreaking films created or inspired by the imagination and legacy of Walt Disney, one of the great visionaries of the 20th century. This summer, “Bambi” will take its place in the collection alongside three other great achievements in storytelling, “Snow White and the Seven Dwarfs,” “Beauty and the Beast” and “Pinocchio.”

“Bambi” was released in 1942 during World War II and took over five years to make due to its exquisite hand-drawn artwork and attention to detail. Beloved by generations, “Bambi” holds the No. 3 spot on the American Film Institute’s “10 Top 10,” honoring the 10 greatest animated films of all time. The timeless tale features an adorable young deer named Bambi who explores the wonders and challenges of the woods with his playful pal Thumper, the lovable skunk Flower, and wise Friend Owl – and ultimately fulfills his destiny as prince of the forest. 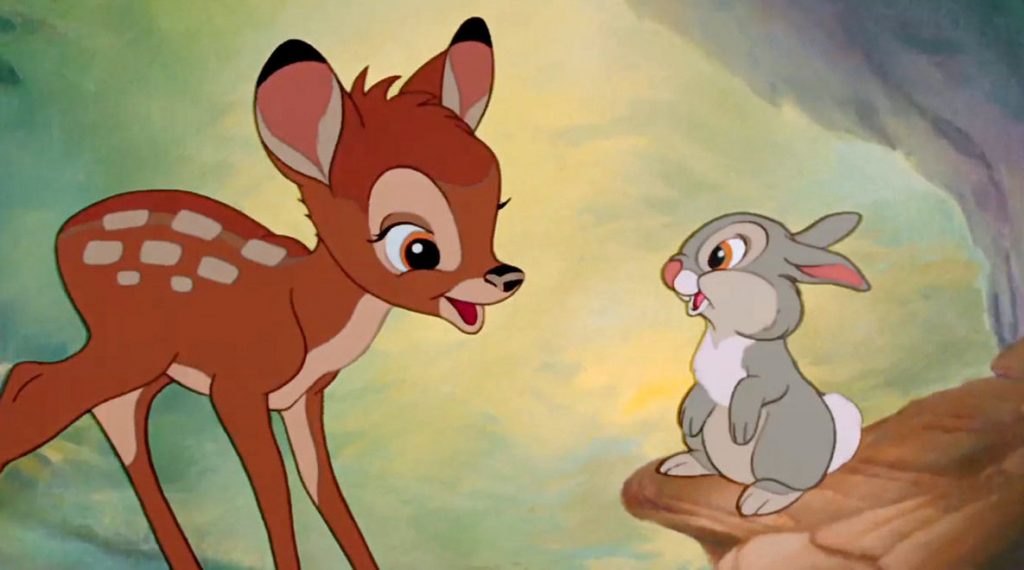 THE BAMBI EFFECT – “Bambi” was full of innovations for its time. Let’s take a look at how those past innovations affected future Disney animated titles all the way up to today.

STUDIO STORIES: “BAMBI” – Recordings of Walt Disney. Listen in on intimate moments where he discusses the challenges, pitfalls and triumphs during the production of “Bambi.”

DELETED SCENE: BAMBI’S ICE AND SNOW – Bambi coaxes Thumper and his brothers and sisters to come play on the ice during the first snow.

DELETED SCENE: THE GRASSHOPPER – A grasshopper confronts Bambi and Thumper and finds himself in quite a predicament.

BAMBI FAWN FACTS – Think you know everything there is to know about Bambi and his forest companions? Well, it’s time to discover some fun real-life facts about the creatures that live in the forest he calls home.

CELEBRATING TYRUS WONG (DIGITAL EXCLUSIVE) – A heartfelt look at the man who played a key role in the success of “Bambi.” Much like Mary Blair and Eyvind Earle, Tyrus Wong had a unique signature style all to his own. The soft water-colored backgrounds and beautiful palettes in “Bambi” were inspired by Tyrus’ concept art paintings. 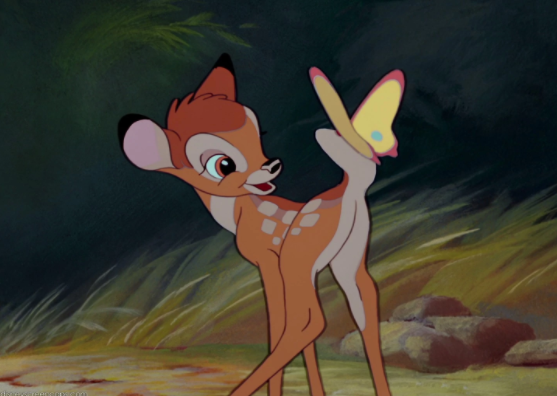 THE MAKING OF BAMBI: A PRINCE IS BORN

ART DESIGN: IMPRESSIONS OF THE FOREST

HISTORY: BACK TO THE BEGINNING

TRICK OF THE TRADE (Excerpt)

INSIDE THE DISNEY ARCHIVES